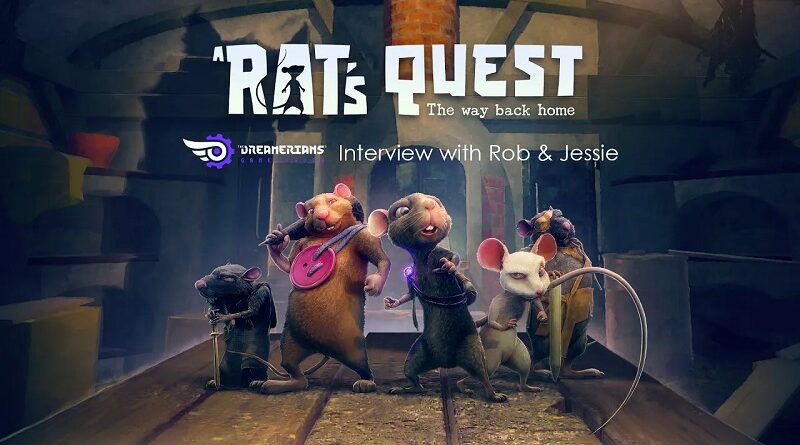 A Rat’s Quest – The Way Back Home is The Dreamerians’ first game for consoles and PC. It does not have a release date yet, but development is well underway as evidenced by the latest developer interview video.

This new developer interview features Rob and Jessie from The Dreamerians as they go over some of the scenes of the game:

If you’ve never heard of A Rat’s Quest – The Way Back Home before, here’s some details and the list of key features:

Mat is a young male rat that lives among a rat commune in an abandoned wine cellar, together with his best friend Toby and other rodents. Having felt in love with Nat, a female house mouse kept as a pet in the upper floors, he decides to become a Scavenger, for sneaking to his beloved somehow officially. Being from different worlds, they plot a plan to escape to “the outside” together. His overconfidence however puts them in peril’s way, and not everything in the commune is as it seems.

In a series of unlucky events, Mat finds himself alone, far away from the house. He must make his way back home, overcoming a journey across woodlands, caves, and swamps, defying overwhelming danger of a winged, poisonous, and scale-bond variety. With a rivet for a sword and nails as throwing daggers, Mat will brave a world to which he is unwelcome.

Help the Scavenger to get back to his friends and save the rat commune from a threat that is bigger than every cheese in the world!

A Rat’s Quest – The Way Back Home (Switch – eShop) does not have a release date yet.