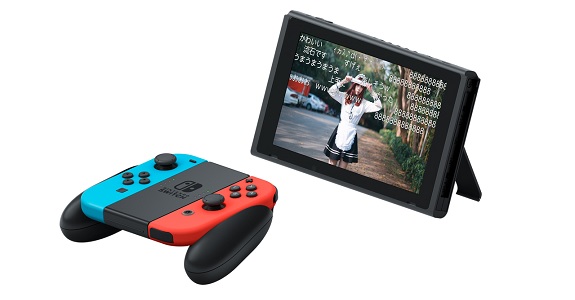 Before launch, Nintendo explained that they entirely focused on games for the Nintendo Switch, which is why the console didn’t launch with any non-game app like YouTube, Netflix, or even a web browser. But the thing is, users are still waiting for those apps, several months after launch. The good news is, it looks like we’re finally about to get some, start with Nico Nico.

Today, Dwango announced that the Nico Nico app would be released on July 13th in Japan… that’s right, it’s tomorrow! Only Japan is getting the app, but since it will be free to download, you will be able to simply use a Japanese Nintendo Account and download it on your console without much hassle.

Since the Nintendo 3DS version of the app was downloaded over 3 million times, it’s no wonder that NicoNico ended up as the first video app to be released on the Nintendo Switch!

In case you were wondering: you will still need a Nico Nico account to use the service, but your current account (provided you already have one) will do the trick (of course, the Premium subscription carries over). If you don’t, you can always use your Nintendo account (however, it’s not clear whether this refers to the Nintendo Network ID, currently useable on the server, or your Nintendo Account).

This Nintendo Switch version of the app will be useable with all three modes (TV, Tabletop, Handheld), and offers a plethora of features:

Basically, this app offers most of the main features of the web version, but with some extras. For example, you can minimise a video in order to search another, while it keeps playing.

Here’s some pictures of the app:

The NicoNico app (Switch – eShop) will be released on July 13th in Japan. The Upcoming Rreleases page has been updated!