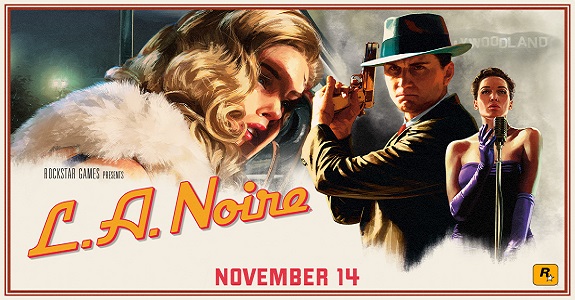 Update: today, Take-Two sent a press release to announce that L.A. Noire would be released on December 7th in Japan, a few weeks after Europe and North America. That same press release also shares an interesting detail about the game: it runs at 1080p on TV Mode, and 720p in Handheld (and Tabletop) Mode. No word on frame rate, but we can definitely expect 30fps.

Also, the game costs 4 990 Yen (+ taxes) in Japan, which is the same price as the PlayStation 4 version. No “Nintendo Switch tax”, it seems!

To say that Rockstar Games and Nintendo platforms don’t go well together would be quite the understatement: the famous company very rarely release games on them, with the only exception being the Wii thanks to its widespread popularity. But today, for the first time in many years, a new Rockstar Games title was announced for a Nintendo platform, and more precisely the Nintendo Switch: L.A. Noire!

Originally released in 2011 on PlayStation 3, Xbox 360, and PC, L.A. Noire is getting a re-release/remaster on several platforms, and that includes the Nintendo Switch. Never heard of the game before? Here’s what Take-Two had to say about it:

L.A. Noire takes place in the seedy and violent underbelly of 1940’s Los Angeles as decorated veteran and newly minted detective, Cole Phelps investigates an escalating series of cases inspired by real-world crimes. Each successfully solved case brings Phelps greater success, but also brings him closer to the dark criminal heart of post-war L.A. The game was an Official Selection of the Tribeca Film Festival for its cinematic approach to gameplay and narrative.

L.A. Noire is an action-adventure game, played from a third-person perspective. You play as Cole Phelps, a detective, a tackle various cases set in 1940’s Los Angeles. The game also happens to be open world, letting you roam in the city, with various optional activities to enjoy.

One of the most noteable aspect of the game is the facial capture technology called MotionScan, used in this game, that breathes “unprecedented life into character performances”.

Now, about the Nintendo Switch version of the game, Rockstar Games has prepared some extras. Here’s everything included:

One thing this announcement makes us wonder is whether Rockstar Games has other games in the works for the Nintendo Switch, such as never-going-to-stop-selling-is-it GTA V. One thing’s for sure: chances of any other game getting a Nintendo Switch version would be lower if L.A. Noire didn’t sell well enough for Take-Two/Rockstar Games.

L.A. Noire (Switch) will be released on November 14th in Europe and North America, and December 7th in Japan. The Upcoming Games page has been updated!