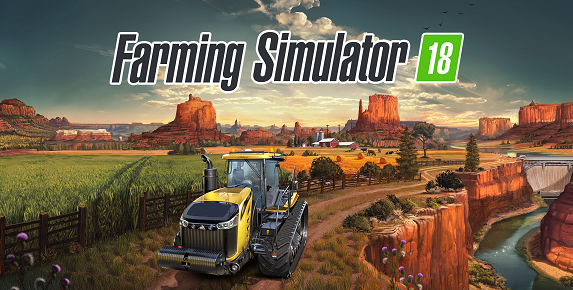 A few weeks ago, following the Nintendo Switch Presentation January 2017, Focus Home Interactive announced that Nintendo’s new console would get a Farming Simulator game. Unfortunately, we still know absolutely nothing about it…

But today, Focus Home Interactive finally shared some details about Farming Simulator 18… on Nintendo 3DS, which will be released in June in Europe and North America (the exact release date will be announced later). The handheld version of Farming Simulator 18 will feature some exclusive content: a new environment, new vehicles and brands, new crops, new animals and more.

The new environment is the Southern US environment, where players can harvest wheat, canola, corn, sugar beet, potatoes and, sunflowers (one of the additions). As for the new animals, we have pigs, which join the sheep and cows.

But that’s not all: the Nintendo 3DS version will feature an exclusive feature: the forestry activity. It allows you to sell your products on a dynamtic market, in order to expand your farm. As your career progresses, you can gain access to over 50 farming vehicles and machines. Those are faithful recretations, from over 30 major farming brands, including the new Challenger, Fendt, Massey Ferguson and Valtra brands.

Here’s some screenshots for Farming Simulator 18 on handhelds (as you can see, those are from the PS Vita version of the game):

Farming Simlator 18 (3DS) will be released in June in Europe and North America, both at retail and on the Nintendo eShop. The Upcoming Releases page has been updated!