Famitsu just published its usual weekly previews, and in this week’s issue, there’s an article for Bravely Second: End Layer. And good news: it looks like there’s some cool stuff in there, including two new jobs: 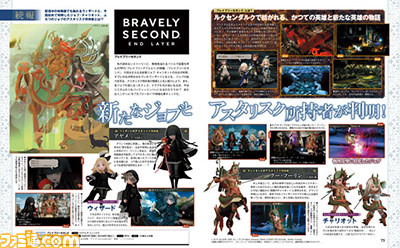