Here’s the cover of this first Ace Attorney novel:

There’s also some additional details about the story: Phoenix Wright will have to deal with not just one, but two decisive witnesses. As for the prosecutor for the case, it’s none other tha Simon Blackquill from Phoenix Wright: Ace Attorney – Dual Destinies.

Source: Capcom
Thanks Ash for the heads up! 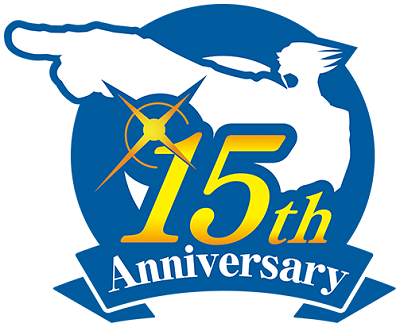 But there was one thing that was missing: a novel. Well, not for much longer, because the very first Ace Attorney novel will be released next month in Japan, on June 15th. It’s called “Gyakuten Saiban – Gyakuten Idol” (lit: “Ace Attorney – Turnabout Idol”). It will cost 734 Yen, and can be pre-ordered on Amazon.co.jp.

In this novel, an incident happens while Phoenix Wright is doing some shopping at a shopping mall. An idol named Sumomo Momogaya is then arrested as a murder suspect, and naturally, Phoenix Wright decides to defend her in court.

This Ace Attorney novel was written by one Mie Takase, who was written quite a lot of Light Novels and novel adaptations of video games (Kirby, Fire Emblem, Style Savvy, Persona, Sengoku Basara, Story of Seasons, and many more). Illustrations were done by Kikuyaro, who does a lot of Ace Attorney illustration work (for the Japanese Ace Attorney mail magazine, primarily).

Unfortunately, we don’t know what the cover looks like right now.