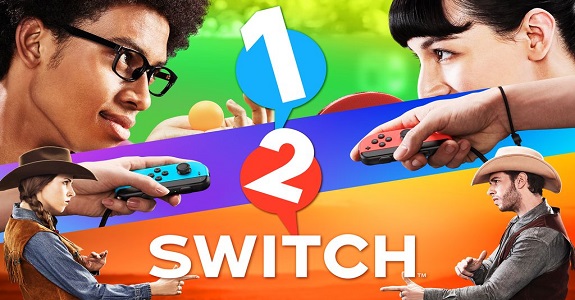 With the release of the Nintendo Switch fast approaching, Nintendo shared some additional details about 1-2-Switch today. To be more precise, the company detailed one of the game’s modes, called Team Match, and shared one more video.

But first, some quick explanations about 1-2-Switch itself. When playing, if you want to switch to another mini-game, you can do so quite simply by pressing the + button at any time (or the D-Pad).

When the mini-game starts, you can watch a short video explaining how it’s played: that’s what the videos Nintendo has been uploading in the past couple of weeks are! Naturally, those videos can be skipped (you don’t have to watch them every time).

If you don’t know which mini-game to pick up, you can use Shuffle Mode, which picks up one at random. If you want, you can also play a selection of 5 mini-games chosen at random instead.

And if you have plenty of people with you, Nintendo recommends you use the Team Match mode. It’s pretty simple: all the players are divided in two teams, and compete over various mini-games in this board game-like mode. It’s the perfect mode for parties! This mode can be played with 2 to 20 players, and each session lasts about half an hour.

Next, here’s the various TV commercials Nintendo is using to promote the game on TV:

Finally, here’s the latest video for the game, introducing the Zen mini-game: