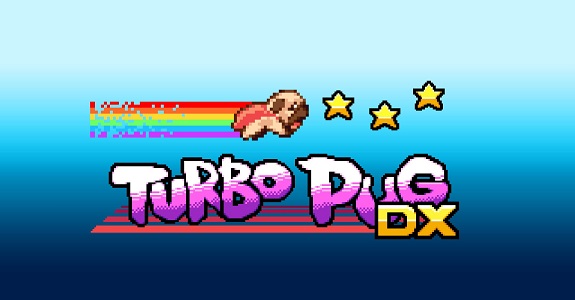 As weeks go by, more and more indie developers get access to Nintendo Switch devkit, and so, more and more games are announced for it. The latest one is Turbo Pug DX, which was originally released on Steam in September 2016.

For those of you who never heard of it before, Turbo Pug DX is the spiritual successor / complete re-imagining of Turbo Pug, featuing brand new artwork, music, and mini-games. But what’s Turbo Pug, exactly? It’s a casual runner, with “difficult, random, procedurally generated levels”.

Here’s the list of key features, as well as a trailer and some screenshots:

Last week, Daniel Steer announced that Turbo Pug DX was coming to the Nintendo Switch, and that it would feature some exclusive content. More details coming soon!

Turbo Pug DX (Switch – eShop) will be released later this year in Europe and North America. The Upcoming Games page has been updated!