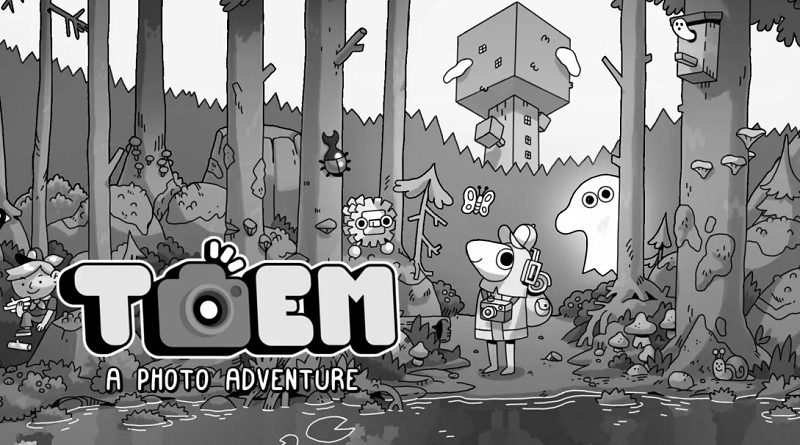 On this page, you will find all there is to know about the various Software updates for TOEM on Nintendo Switch (originally released on September 17th 2021 in Europe, North America, and Japan)!

We added this to give basic feedback during the initial loading of photos. As all photos are converted into the new WebP format the first load takes a while.

You now have plenty of frames and filter to play around with when taking photos! Just visit the Photo Guild in Stanhamn and talk to the new member for your freeupgrade! We’re super excited to see what kind of crazy photos you can take!

Finishing a quest and getting a stamp sure feels great, and now you can re-stamp your card as many times as you want! Say goodbye to unsymmetrical stamp placements!

In the community card there is now a new button in the top left, pressing it will lift your stamps of the card and allows you to place them again.

Make your favorite picture stand out even more with the new and lovely shiny foil effect added to pictures you like! Select your pictures in the album, press the like button and watch that shine!

Photo Quest Information
Trying to remember what kind of photo a NPC wanted can sometimes be hard and that’s why this one is such a welcomed addition!

A box with the relevant quest information can be opened & closed when asked to hand in a photo quest. No more need to exit the dialogue and open the community card just to refresh your memory. All compact and nice now!

Improved Compendium Detection
Taking a photo of certain compendium critters was sometimes a bit too hard, getting the perfect angle or framing is now easier!

In the old method, the camera only detected a compendium when the center of the screen was inside the indicator box. But now it checks if the circle is touching any part of the indicator box!

Feeling comfortable when playing TOEM is important to us and we hope that more people will feel at home playing in their
native languages. With that said, we have added these additional languages:
Save File Size Improvements

Saving a photo takes up quite a lot of memory and was a main reason why we had a limit to the amount of photos you could take. But with this updated comes something that is super cool! We managed to reduce the file sizes by over a whooping 1000%. This is not a joke!

As noted at the top, when starting the first time all your existing photos will be updated and it might take a moment to process up to 128 photos!

Miscellaneous additions
Doubled Album Capacity. With the changes to the save size we have now doubled the amount of photos you can take to
256 photos!

Along with the new languages you can also find several new settings to tweak your experience, as well as more details about certain options.

We’ve also been working hard on fixing bugs, like, at least 4. Just take our word for it.

How to download updates for TOEM for the Nintendo Switch?

To download the updates for TOEM, you have three options: