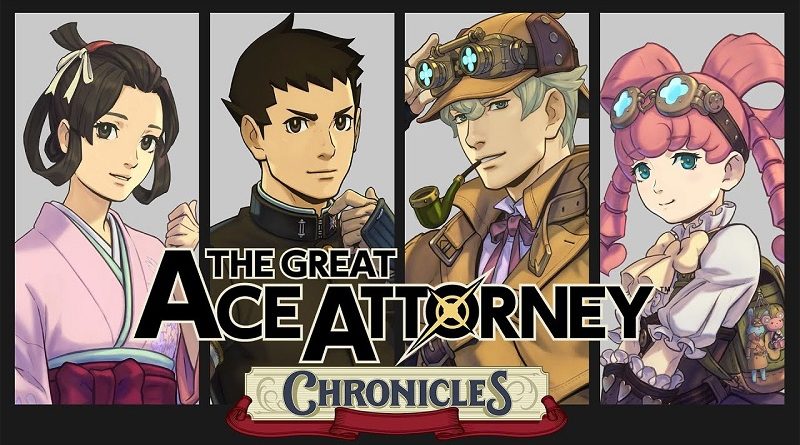 Case 1: The Case of the Visiting Professor

An English gentleman is shot in the high-end occidental restaurant ‘La Carneval’ by an unknown perpetrator. For simply eating there with his best friend, Ryunosuke Naruhodo is accused of a murder he most definitely didn’t commit. Complicating matters further, the delicate situation surrounding the case forces Ryunosuke’s hand. Will he be able to prove his own innocence in the end?

Case 2: The Case of the Stricken Steamship

Seeking to learn the latest in legal thought and practice, Ryunosuke finds himself London bound aboard a large seafaring steamship. Just as he’s setting into life on the high seas, he is accused yet again of another murder. Miraculously, the world-famous Herlock Sholmes appears in his hour of need and offers the university student his help. Can Ryunosuke clear his name once more with the great detective’s help? And just who could have carried off this colossal locked room murder?

Case 3: The Case of the Deathly Omnibus

Ryunosuke and Susato have finally arrived in the heart of the British Empire, and they make for Whitehall to report their arrival. There, they are assigned a case by the head of the judiciary, Lord Chief Justice Stronghart himself. A case of murder…that occurred inside the carriage of a speeding omnibus as it ran through the foggy streets of London in the dead of night. Even more unfortunate for the defence is that there are even witnesses to the crime itself. Confronted with the most feared prosecutor in Great Britain, Barok van Zieks, can Ryunosuke win against a man known as the Grim Reaper of the Old Bailey?

Case 4: The Case of the Pedestrian Knifing

Case 5: The Case of the Pawnbrokery Burglary

Case 1: The Case of the Sea-Bathing Lady

In a secluded beach hut by the sea, an English visiting student lies dead. A Japanese fellow researcher at her university’s medical laboratory is charged with her murder. But due to the victim’s nationality, there are few who would accept the accused’s case. Still, one lawyer by the name of Ryutaro Naruhodo is willing to try. Ryunosuke’s supposed cousin, this mysterious newcomer is set to face Taketsuchi Auchi,
who still remembers the sting of his defeat at the hands of a Naruhodo. Can Ryutaro save his hopeless client from the prosecutor’s wounded pride?

Case 2: The Case of the Haunted Lodgings

A visiting student from Japan, Soseki Natsume has been arrested yet again for a most curious incident. Without an alibi and as the last person to see the victim alive, the world’s unluckiest man quickly fell under suspicion for the murder of his downstairs neighbour. ‘This house is cursed! My existence is cursed! Everything is cursed!’ the man began to yell as he was taken away by Scotland Yard. A horrifying rumour among the locals, it’s believed that the building in which both the victim and the accused take lodging is haunted by a terrible spirit. But was this really the work of a ghost? An unbelieving prosecution calls its witnesses and seeks to dispel such nonsense from the courtroom. Just who are these witnesses? And can they exorcise the phantom that haunts this case?

Case 3: The Case of the Explosive Exhibition

The Great Exhibition of London – the grandest of grand international exhibitions of the 19th century. Great works of culture and industry were on display then, and it was there that the miracle of ‘instantaneous kinesis’ was to be demonstrated. But in the course of the experiment – and before the eyes of a sea of onlookers – the massive machine exploded, sending the gentleman volunteer into the heart of the Crystal Tower. The mind behind it all, Albert Harebrayne, celebrated the experiment’s apparent success whilst lamenting the incident as a tragic accident, and nothing more. Can Ryunosuke protect both the good name of the professor and the secret science behind his marvellous machine? Or is there more here than meets the eye…?

The Great Ace Attorney Chronicles (Switch) comes out on July 27th in Europe and North America, and July 29th in Japan.