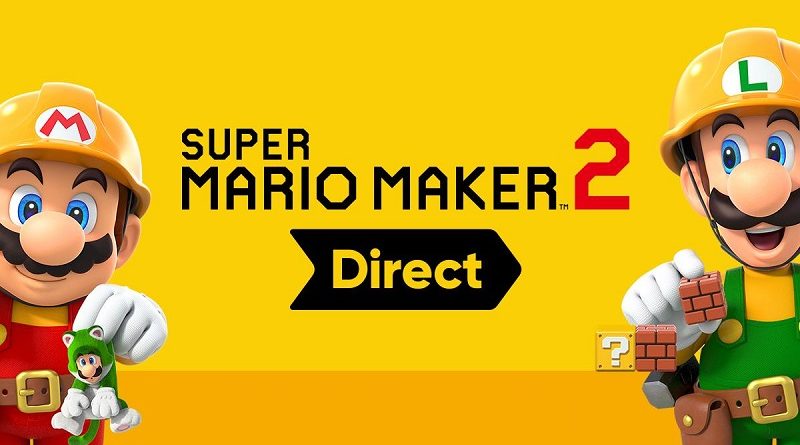 During the latest Nintendo Direct presentation, Nintendo shared plenty of details about the upcoming Super Mario Maker 2. Missed the presentation? No problem: you can now watch it live on YouTube:

Also, the official website was launched in Japan, offering us plenty of video clips for the game. We went and merged them into a single video, for your viewing convenience! (NB: there’s also a short video clip, uploaded separately, showcasing the multiplayer component):

First, here’s all the new details about Super Mario Maker 2, with the many new elements introduced in this “sequel”:

What’s New?: There are a ton of new course parts, tools and features for creators to use in Super Mario Maker 2, some of which include:

Also, Nintendo announced that North America is also getting the Super Mario Maker 2 + Nintendo Switch Online subscription (12 months, individual) bundle, that is sold as a Limited Edition in Europe and Japan. It will be available for $69.99, which is $9.99 cheaper than buying both separately.

By the way, if you’re interested, the game is now available for pre-purchase on the Nintendo eShop, worldwide!

Nintendo announced that there will be a third tournament at E3 2019: the Super Mario Maker 2 Invitational 2019. It will take place on June 8th / June 9th, and will have 4 members of the Super Mario Maker community compete in a variety of wild and unpredictable courses designed by the Nintendo Treehouse team.

The tournament will start on June 8th/9th, at the following time: