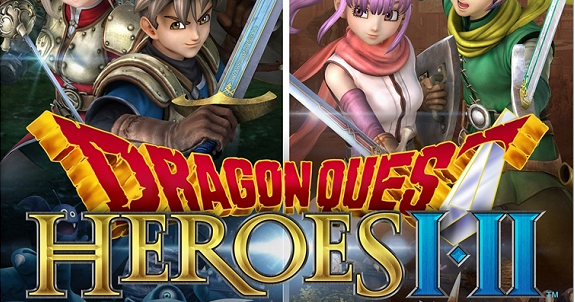 In order to promote Dragon Quest Heroes I & II on Nintendo Switch (now available in Japan), Square-Enix created a rather unique promotional video, featuring a bunch of bouncy slimes:

Here’s also a few screenshots for the game, showcasing the exclusive character and content from this Nintendo Switch version:

And here’s the full recording of Wednesday’s livestream:

Speaking of Dragon Quest Heroes I & II, don’t forget you can download the demo from the Japanese Nintendo eShop: simply use/create a Nintendo Account set to Japan, and you’re good to go! Unfortunately, the demo (just like the game itself) is only available in Japanese.

Unfortunately, we don’t know if Square-Enix is planning to release Dragon Quest Heroes I & II in Europe and North America…

Today, Square-Enix shared some details about the Temporal Battle Arena, a new feature exclusive to the Nintendo Switch version It will be added in April, as free DLC, and will allow players to battle against the data of other players (this isn’t live PvP, unfortunately, you battle against the AI).

You upload your data to the internet, and that data is then downloaded by another player who battles against it. If you win, you can sometime get the stone the other player was carrying as a reward.

Here’s what you can do in this mode:

Here’s some screenshots for that feature:

And here’s another trailer: