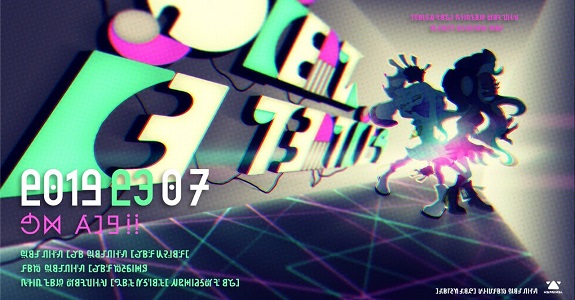 Back in 2015, Nintendo announced that the Squid Sisters would have a live performance at the Game Party Japan, an annual event held by NicoNico in Japan. The idol duo got to perform live (or rather, their hologram did!), and the whole thing was livestreamed on NicoNico. And today, Nintendo announced that Off The Hook would get a similar live performance, at the Game Party Japan 2018 in February.

To be precise, what was announced today is something called InkopoLive (in Japanese: Haikaraibu, a pun on “High-Color” -the Japanese name of Inkopolis and “Live”). The main performers will be Pearl and Marina from Off The Hook, but it looks like there will also be some guests… the Squid Sisters (Nintendo pretty much confirmed it).

This InkopoLive performance will take place on Februry 10th at the following time:

Unfortunately, that’s all we know about this live performance for now, but more details will be shared closer to the Game Party Japan 2018 (that takes place on February 10th and February 11th at the Makuhari Messe, in Tokyo). Considering the whole event will be livestreamed on NicoNico, it’s highly likely the live performance will also be. However, you’re most likely going to need a premium account due to how popular it’s going to be…

Finally, here’s the poster for InkopoLive: