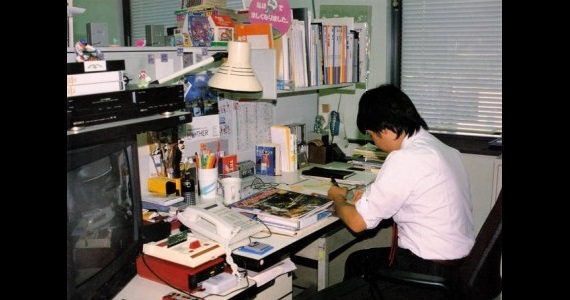 shmuplation is website that aims at providing translations of various Japanese game creators. But we’re not talking of interviews from last week’s issue of Famitsu magazine, but instead old magazines, books, etc.. In fact, most of the interviews translated were never available in English before, which makes their translations even more valuable.

The latest one is about Shigeru Miyamoto, and is from a book called “TV Game: denshi yuugi taizen”. The interview was conducted back in 1989, so it certainly makes for an interesting read. After all, reading Shigeru Miyamoto talking about teams with only 6-12 people, and games that take 6 months to 1 year to develop, do put things into perspective…

In this interview, the famous creator talks about how he came to work on video games, development back in the days, the original Super Mario Bros. and the Legend of Zelda games, the kind of games he’d like to make in the “future”, and a lot more.

—What kind of game(s) would you like to make in the future?

Miyamoto: I don’t want to make games where the player is just a puppet in the hands of the creator, playing exactly as scripted. Trying to get players to become better and better at your game is certainly one valid approach to making games, but for me, I want to present games to players that are more like pure toys: something you can use, explore, and play with freely.

Click here to check out the full translation of the interview!