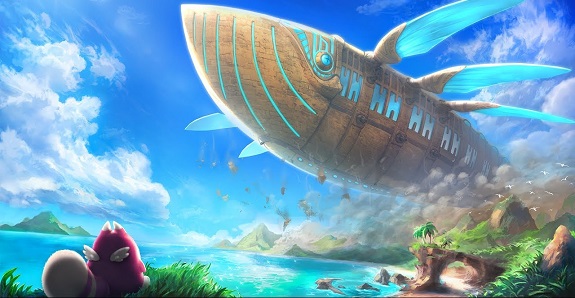 Earlier today, during a livestream, Colopl (a popular mobile game developer) announced a brand new game, called Shironeko New Project. As the name implies, it’s a game from the Shironeko Project “series”, but what’s really interesting is the platform it’s releasing on: the Nintendo Switch.

It’s interesting for several reasons. The first one: Colopl is primarily a mobile game developer, so for them to go and make a Nintendo Switch game is quite the move in itself. The second one: the very company making this game was recently sued by a certain company for patent infrigement. That company is none other than… Nintendo.

It all began in 2016, when Nintendo filed complaints to Colopl about those patents allegely infringed by them. This escalated into a full-blown lawsuit earlier this year. We haven’t heard anything about it since then, but today’s announcement certainly makes one wonder if it will not simply be dropped in the near future.

Now, back to Shironeko New Project proper: it’s going to be an Action RPG, and based on the Shironeko Project game. However, it’s not a mere port of the mobile, but truly a brand new game. Unfortunately, it’s not releasing any time soon: not before 2020!

Unfortunately, that’s pretty much all we know about the game so far. Famitsu will have some additional details in the next issue (releasing next week), but nothing too meaty will be shared before next year (not surprising for a game releasing in 2020!).

While we wait for further details, here’s the teaser trailer shown during the livestream: