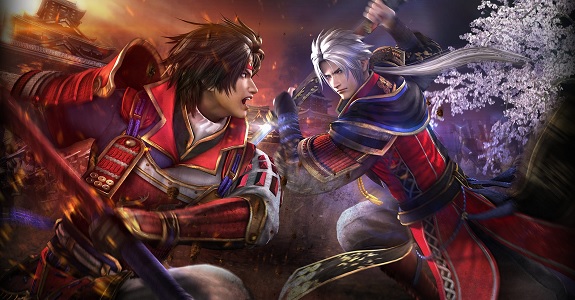 On Thursday, Koei-Tecmo is going to reveal a new game for the Nintendo Switch, but it looks like the company had another announcement up its sleeve: Samurai Warriors 4 DX. As the name implies, it’s a complete version of Samurai Warriors 4 (first released back in 2014, with over 500 000 units shipped in Japan), including the main game (with 55 playable characters) but also all the DLC released for that version (over 150 pieces of DLC: characters, costumes, scenarios, etc.).

Here’s all the DLC included in Samurai Warriors DX:

Samurai Warriors 4 DX will be available in two editions:

Finally, here’s the first screenshots for the game:

Samurai Warriors 4 DX has only been announced for Japan so far, but there’s no doubt Europe and North America will also get it. However, it’s not clear when, but no doubt an announcement will made in the near future.

Samurai Warriors 4 DX (Switch) comes out on March 14th in Japan. The Upcoming Games page has been updated!