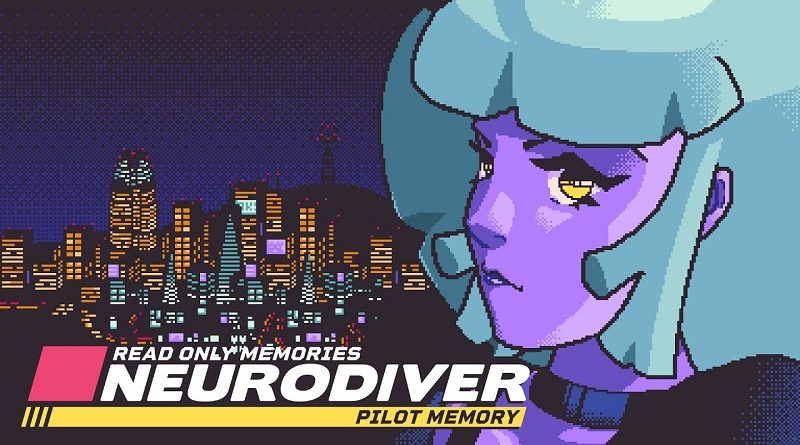 MidBoss Games have shared a second teaser trailer for Read Only Memories: NEURODIVER, the latest entry in their cyberpunk point-and-click adventure series. Still no change regarding the release date, still slated for Q1 2022. If you’re interested, a demo version is now available on Steam or the Epic Games Store (no word on a Nintendo Switch release at the moment).

Take on the role of a gifted esper, ES88, and hunt down the Golden Butterfly, a powerful rogue telepath who’s hidden themselves away in the memories of the citizens of Neo-San Francisco.

With the help of the genetically engineered psionic creature known as the Neurodiver, ES88 will dive into the memories and take on the roles of some familiar faces of the series, with several new ones too.

Identify, manipulate and unlock information in these memories to help resolve the case of the Golden Butterfly!

For NEURODIVER, LGBT-focused developer MidBoss™ returns to Neo-San Francisco, a thriving metropolis populated by diverse and colorful locals. A few years have passed since the events of 2064: Read Only Memories, and fan-favorite characters such as police detective turned private eye Lexi Rivers, elite hacker TOMCAT, and expert attorney Jess Meas must join forces with powerful psychic ES88 to solve a new mystery.

A psychic known only as the Golden Butterfly has gone rogue, flitting between the minds of city residents and corrupting memories as they attempt to hide their tracks. Equipped with a bioengineered creature called a Neurodiver capable of amplifying her mind-reading abilities, ES88 is the only one who can repair the victims’ memories and trap the fiend once and for all.

She’ll have to handle the task with care, though – one wrong move can distort victims’ memories into oblivion.

“Neo-San Francisco, with its cyberpunk mix of corporate interests, technological and biological advancement, and diverse cast with a lot of queer characters, has plenty of room for stories exploring the intersection of human nature with society and technology,” said Cade Peterson, CEO of MidBoss. “NEURODIVER asks what makes us who we are while furthering the stories of characters like Lexi Rivers from 2064 and the comics taking place between the two games.”

Read Only Memories: NEURODIVER (Switch – eShop) does not have a release date yet, but is slated for a Q1 2022 release worldwide.