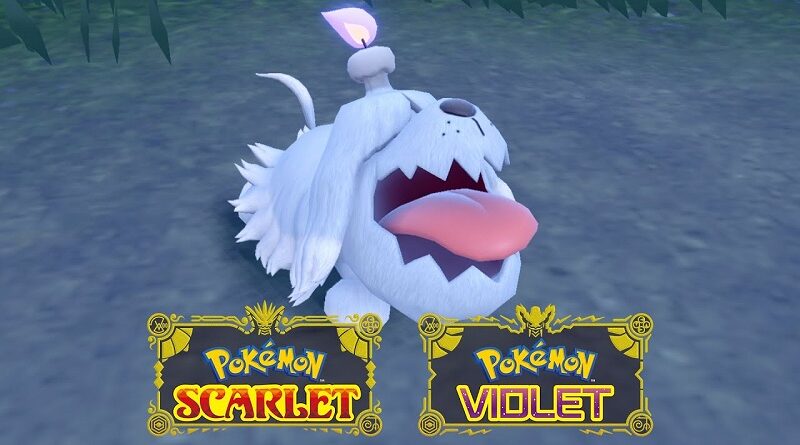 The Pokémon Company have revealed two new videos for Pokémon Scarlet and Violet. They both focus on a brand new Pokémon: Greavard, the Ghost Dog Pokémon. With Halloween just around the corner, it’s hardly surprising that the next Pokémon to be revealed would be a Ghost-type Pokémon!

Here’s the two videos for that Pokémon, along with some details and a couple of pictures:

Normally, Greavard barely moves, resting peacefully underground. It pokes the topmost part of its head above ground and lights an eerie glow at its tip, then waits for someone to approach. When a person draws near, Greavard jumps out of the ground while letting out a spooky cry that would startle most unsuspecting people—though it doesn’t appear to do this with ill intent.

Greavard has such a friendly and affectionate personality that paying it even the slightest bit of attention will make it so overjoyed that it will follow Trainers wherever they go. Of all the Pokémon residing in the Paldea region, it is known to be especially easy to befriend.

However, Greavard will slowly and inadvertently absorb the life-force of those around it, so it’s best not to play with it too much. What’s more, it also has powerful jaws that can shatter bones. A single bite from Greavard can be grievous—so Trainers are advised to approach it with caution. 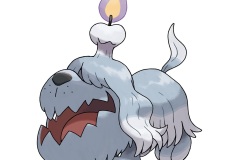 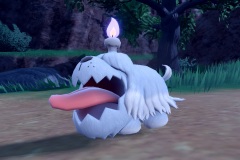 Also, a new Gym Leader was revealed a few days ago: Iono!

Iono is the Gym Leader of Levincia, one of the Paldea region’s prominent cities, and specializes in Electric-type Pokémon. She’s also known as the Supercharged Streamer, ​having gained popularity online as the host of a show called the Iono Zone.

And her partner Pokémon is Bellibolt, a brand new Pokémon!

Bellibolt expands and contracts its elastic body to generate electricity in an organ that looks like a belly button. The huge amount of electricity generated this way is then discharged from the two bumps on either side of its head that resemble eyeballs.​ Its actual eyes are adorably small and round.

Bellibolt’s Ability, Electromorphosis, is appearing for the first time in Pokémon Scarlet and Pokémon Violet. Bellibolt becomes charged when hit by an attack, boosting the power of the next Electric-type move it uses.

Here’s some videos and some pictures for Iono and Bellibolt: 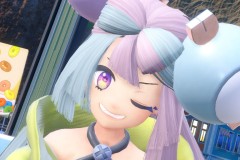 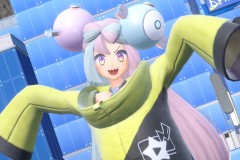 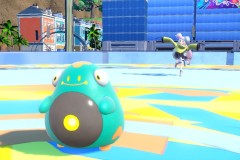 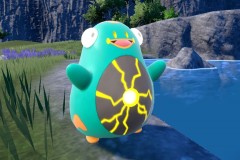 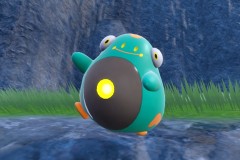 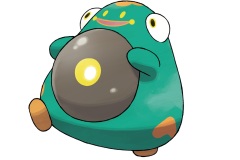 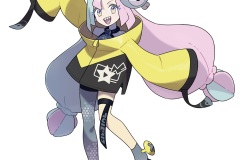 And finally, here’s two commercials for the game: