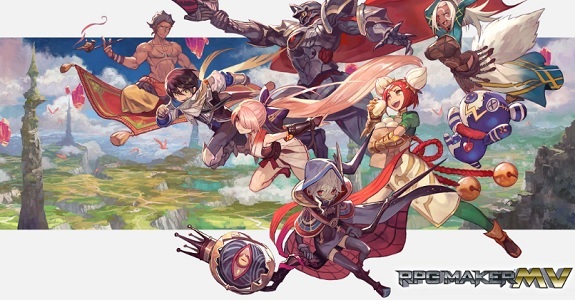 During their PAX West 2018 panel, last week, NIS America announced that RPG Maker MV will be released on February 26th in North America (and presumably March 1st in Europe). The Upcoming Games page has been updated!

Today, Nippon Ichi Software announced another game for the Nintendo Switch: Lapis Re Abyss, a 2D Hack ‘n Slash Action RPG. It will be released on November 29th in Japan, and will cost 6 980 Yen. Nothing has been announced for Europe and North America, but there’s no doubt the game will be released in those regions eventually!

Here’s a trailer and plenty of pictures:

Lapis Re Abyss (Switch) comes out on November 29th in Japan. The Upcoming Games page has been updated!

By the way, if you’re wondering who is behind the Nintendo Switch version of the game, the answer is… Engine Software (Thanks Hero of Legend for the heads up!).

The Caligula Effect: Overdose (Switch) comes out next year in Europe and North America.

During their PAX West 2018 panel, last week, NIS America announced that the SNK 40th Anniversary Collection will get even more games than initially announced. Alongisde all the games included in the base game, 10 additional games from the pre-NeoGeo era will also be added via DLC:

The best part? Those additional games will be available for free!

During the panel at PAX West 2018, NIS America announced that there would be another DLC character for SNK Heroines ~Tag Team Frenzy~ besides Thief Arthur. We don’t know how it is just yet, but we do have a teaser picture… can you guess who it is?

Speaking of SNK Heroines ~Tag Team Frenzy~, it will be featured in the latest issue of Famitsu magazine. Here’s the preview page: