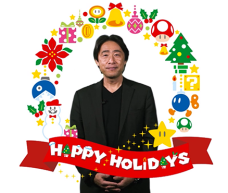 Christmas is just around the corner (it’s this Friday, in case you’ve been too engrossed in the exploration of Planet Mira to notice!). Just like the past couple of years, Satoru Shibata (president of Nintendo of Europe) posted a Season’s greeting message on Nintendo’s official website. On Twitter, the company says that Satoru Shibata is in the festive spirit, but this year’s message is rather serious…

This is Satoru Shibata from Nintendo of Europe.

I would like to thank you all for your tremendous support of Nintendo in 2015.

With Mr Iwata passing away in July, this year has proven to be a real challenge for us, as well as for me personally. It saddened me not only as president of Nintendo of Europe, but as a fellow Nintendo Direct presenter. Looking back at the overwhelming number of tributes you all have paid, it again brought home to me just how much he was loved.

This year has also seen its share of tragedies in Europe. While some might think this isn’t the time for entertainment, I feel that this is exactly the time that we, as an entertainment company, should be doing everything we can to deliver products that put smiles on the faces of you and all your families.

Earlier this year we released Splatoon and Yoshi’s Woolly World for Wii U, followed later by Animal Crossing: Happy Home Designer and Nintendo presents Nintendo presents: New Style Boutique 2 – Fashion Forward for Nintendo 3DS, plus Super Mario Maker for Wii U, among others. Seeing just how many of you have given these games your support, I think that we have been able to contribute at least something towards this goal.

This year I attended a lot of game events including Japan Expo and Paris Games Week in France, gamescom in Germany, EGX in the UK, Milan Games Week in Italy, and IgroMir in Russia, where I saw many of you enjoying Nintendo’s games. I was often asked when the next Nintendo Direct was coming out as everyone was looking forward to it. I’m truly grateful for your comments!

As we’ve announced in a recent Nintendo Direct already, next year it looks like we will be able to release several titles that Nintendo fans will enjoy. I hope these games will make you smile too!

I hope you all enjoy playing videogames during the Christmas holidays. Personally, I’m looking forward to making some unique Super Mario Maker courses – and singing a bit with Wii Karaoke U too! 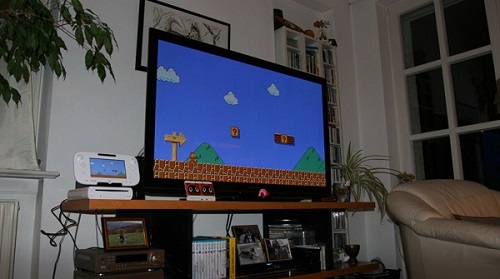 I wish you all a Merry Christmas & Happy Gaming!

If you’re interested, here’s a QR code for the Mii of Satoru Shibata: 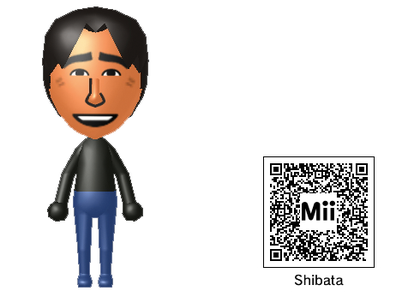