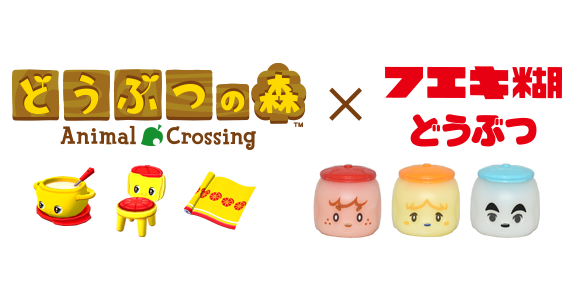 Last week, Great Big Story shared a short but sweet video about Charles Martinet, the man behind the voice of Mario, Luigi, and so many other Nintendo/Super Mario characters.

Meet @CharlesMartinet. You might not recognize him, but you've definitely heard him. He's the voice of your favorite video game plumber. pic.twitter.com/pQNNBV0iLU

Today, Nintendo announced a special collaboration for Animal Crossing in Japan, with Fueki’s Doubtsu Nori (glue pots). The collaboration will have two “parts”:

Fun fact: the collaboration is called Doubutsu no Nori, which is a pun on Doubutsu no Mori (the Japanese name of the Animal Crossing series, which literally means Animal Forest). Doubutsu Nori could be translated as Animal Glue (though obviously, it’s not made of anything remotely animal).

Looking for a cool lamp to put in your home, but finding those available in store lack in the Legendary department? Well, Merchoid has the right item for you! It’s a Zelda: Stained Glass Window Light, releasing next month. It will cost 27.99€ (including shipping).

Here’s the official decription and a picture:

Pay your respect to the greatest game series ever made with you very own light-up Zelda shrine.

Interested in following the official Fire Emblem Heroes account on LINE? If yes, click here and scan the QR code found on the page. That being said, do note the account will only have messages/announcements in Japanese, for users living in Japan.

Here’s a special episode of the Play Nintendo Show: