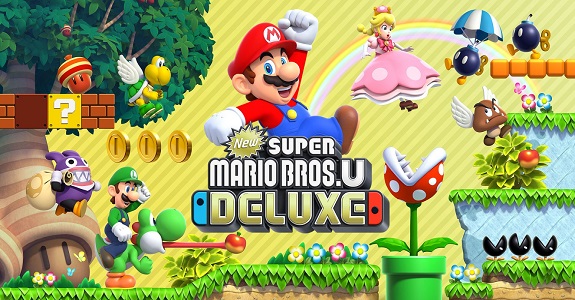 Nintendo has announced that New Super Mario Bros. U Deluxe is getting a digital pre-purchase offer, just like Super Smash Bros. Ultimate, Mario Tennis Aces, and other games on Nintendo Switch. If you pre-purchase the game, or buy it during the first two days (before January 13th, basically), you will get twice the usual amount of Gold Coins. You will be able to get up to 6€ / £5 worth of Gold Coins.

New Super Mario Bros. U Deluxe will be available for pre-purchase from December 11th, exactly one month before the game is released. Unfortunately, it’s not clear whether a similar offer will also be available in North America or Japan (there most likely will be one).

Here’s the latest episode of Nintendo Minute, which is once again about Super Smash Bros. Ultimate!

Also, here’s the latest countdown pictures for the game:

Here’s the recording of the livestream for the latest Splatoon Koshien tournament in Japan: