Added more playable games on Nintendo’s booths (such as Terraria).

Nintendo Germany announced that Xenoblade Chronicles X would also be playable for attendees on the gamescom showfloor. 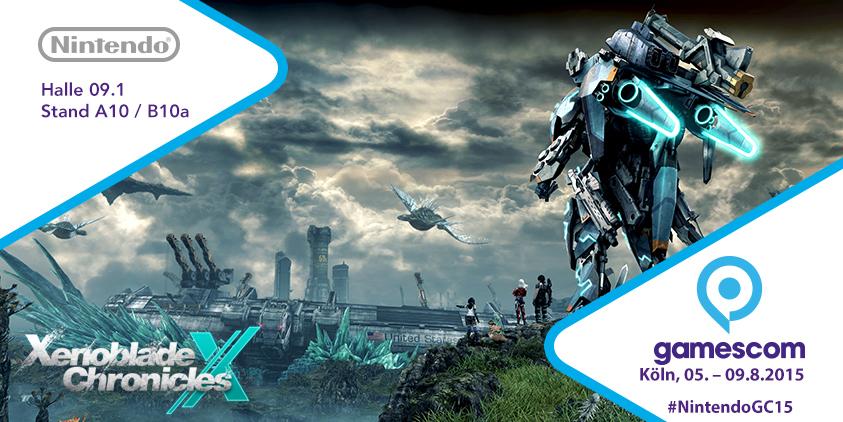 Today, Nintendo Germany revealed its line-up games, guests and activities for gamescom 2015, which is the world’s largest gaming event, taking place in Cologne, Germany between the 6th and 9th of August (on the 5th it is only open for members of the media).

The special opportunities to get exclusive stuff at the event include downloads for Aromatisse & Malamar / Bouffalant & Sableye in Pokémon Alpha Ruby/Omega Sapphire via two cards given out at the Nintendo booth (more at http://www.pokemon.de/gamescom) and a free AR card that allows you to take photos of Animal Crossing characters using the Photos with Animal Crossing app for Nintendo 3DS (download code included on the AR card). This app was previously released in Japan in November 2013 and is only just now making its way to Europe via these exclusive event giveaways. It was first given out at the Hyper Japan festival in London earlier this month.

The people looking to participate in the Mario flashmob have to be among the first 111 visitors who show up at the Nintendo booth dressed up as Mario and with a Mario amiibo in hand on Thursday the 6th of August at 12 o’clock noon. As a reward, they’ll receive a special bag of goodies.

The Monster Hunter community event takes places on Saturday, the 8th of August at 4 pm in two special tents in the “Action Area” of the “gamescom Camp.” Entry to this event is only possible with a free ticket for which one can register at this site (max. 200 participants).

Nintendo Germany will also be livestreaming their stage shows via twitch starting at 12 noon until the end of the show every day from the 5th until the 8th of August: twitch.tv/nintendodeutschland