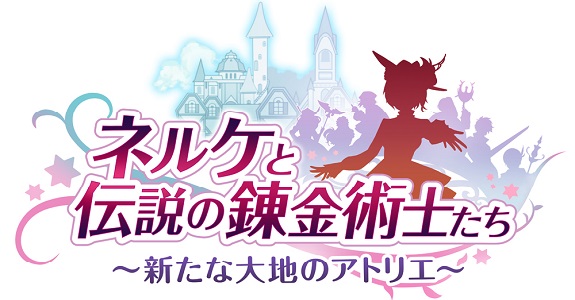 Earlier this year, Koei-Tecmo announced a new Atelier game, which is meant to celebrate the 20th Anniversary of the series. This game is called Nelke & the Legendary Alchemists: Ateliers of the New World, and it’s releasing later this year in Japan. In Europe and North America, fans will have to wait until this “Winter” (most likely early 2019, not the last week of December!).

To celebrate this announcement, Koei-Tecmo released a special trailer offering a look back at 20 years of Atelier:

Nelke & the Legendary Alchemists: Ateliers of the New World puts players in the shoes of Nelke von Lestamm, a young noblewoman who has always been fascinated by the ancient legend of the Sage of Granzweit; a tale of the Granzweit Tree which is said to bestow great power upon those whom discover it. As she grew up and learned her skills were not in alchemy, she studied hard to become a government official and help those around her. The day Nelke is set to graduate the academy, however, her life changes forever as she hears a rumour that the tree can be found within her father’s lands near the small village of Westwald. Her father grants her permission to search for it on one condition – that she becomes governor of the area and develops Westwald into a prosperous city.

As players work hard to build Westwald up from a quaint village to a flourishing city, they will require the aid of the many alchemists that settle in the town. Nelke and the Legendary Alchemists: Ateliers of the New World features famous alchemists from previous entries across the Atelier series, including those from the Salburg, Arland, Dusk, and Mysterious trilogies.

And here’s plenty of screenshots and artworks for the game:

Nelke & the Legendary Alchemists: Ateliers of the New World (Switch) comes out later this year in Japan, and this Winter in Europe and North America. The Upcoming Games page has been updated!

A few days ago, Koei-Tecmo announced that the games from the “Arland Trilogy” were coming to the Nintendo Switch in Japan. On September 20th, those games will be released:

Those will be available at retail and on the Nintendo eShop, and will cost 4 800 Yen. They will also be sold as a triple-pack, sold 13 800 Yen. This “Premium Box” the games, a Mini Crystal Paper Weight, and Mini Acryllic Charms. It will also be available on the Nintendo eShop (for players interested in buying all 3 games with a discount), but of course, there will be no physical goodies included.

Here’s a trailer for the 3 games: