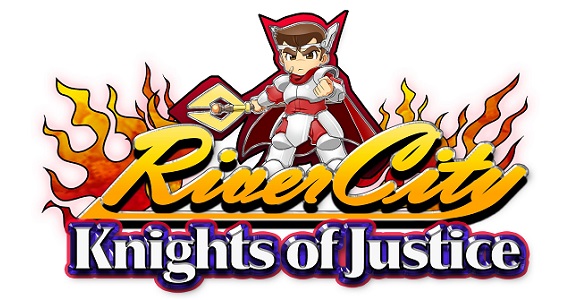 Last week, Natsume teased some announcements for Nintendo fans, to come before E3. And it turns out that (at least) two of those announcements are for the River City / Kunio-kun series, on Nintendo 3DS. Naturally, both have already been added to the Upcoming Releases page!

Yesterday, Natsume announced that they were bringing River City: Knights of Justice to Europe and North America, as a digital-only game. Released as Nekketsu Mahou Monogatari in Japan (in April 2014), it’s an RPG set in the fantasy work of Riverandia. Kunio and his friends are transformed into heroes and villains, and you get to use swords, staves, and magic to bring back peace the world.

River City: Knights of Justice (3DS – eShop) will be released this Summer in Europe and North America, and will be playable at E3 2017.

In this game, you get to play as Kunio, who has only 3 days to unravel various mysteries, such as why Ricki’s girlfriend was kidnapped (again!). Besides Single Player, the game also offers local multiplayer (with co-op, but also a fighting game called Fighting of Double Dragon), and more.

Just like River City: Knights of Justice, River City: Rival Showdown will be playable at E3 2017 in a couple of weeks.

River City: Rival Showdown (3DS) will be released this Fall in Europe and North America.