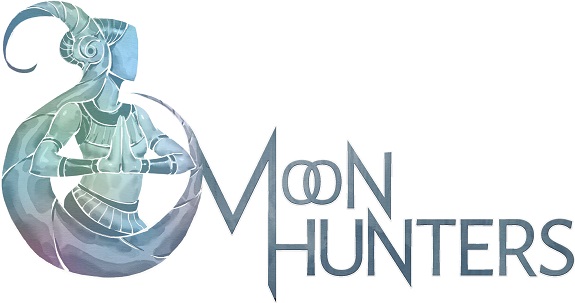 In the past few months, many indie games have been announced for the Nintendo Switch, and some of them are unique. And others are even more unique! That’s the case of Moon Hunters which, despite its name, isn’t really some sort of action or shooting game, but instead… a co-operative personality test RPG. Yup, you did read that right: that’s how the developers are describing their own game!

In this game, you get to play as a Hero over 5 days, with your goal being building your legend in an ancient Mesopotamian-inspired world. The whole “personality test” bit comes from the fact that this game allows you to show your personality, and create your own reputation, which then becomes your legend. There’s no ancient text or anything: you’re basically the one writing your own legend!

An interesting aspect of Moon Hunters is that each playthrough is short: less than an hour. In other words, it’s great for local multiplayer (but online is available if you prefer!), and more precisely parties… it’s probably one of the reasons Kitfox Games decided to port the game to the Nintendo Switch in the first (besides the console and the indie games on it selling well, obviously!).

And here’s some trailers and some pictures:

Moon Hunters (Switch – eShop) does not have a release date yet, but it’s already been added to the Upcoming Games page!