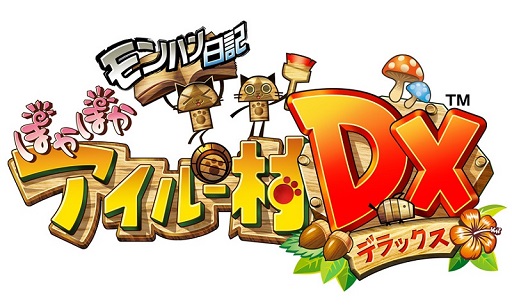 This week again, Capcom is sharing some more details and screenshots/artworks for Monster Hunter Diary: Poka-Poka Airou Village DX, on Nintendo 3DS. This time around, the focus is on the Expeditions: those are special quests you can go on with your fellow villagers (up to 12 Felynes), in order to fight monsters and more. They allow you to get items and materials, which will help you in reviving the village.

Just like in a regular Monster Hunter game, you need to go to the Guild and talk to the receptionist there in order to take on Expedition quests. Of course, you can check out the level of each quests before taking them, but also details on the Felynes who will take part in the expedition (tiredness, affinity). That last part is quite important, because affinity with your fellow Felynes need to have reached a certain level before they can go on certain quests (depending on the difficulty level).

When you increase your affinity with other Felynes, not only can you go on more difficult quests with them, but their attack, defense and enthusiasm will also increase, which will be pretty useful when tackling difficult quests. Finally, when you come back from a quest, your Felynes will be tired: you can check out how tired they are, and send them to the Hot Springs in order to relax a bit if necessary.

As mentionned before, the “battle” system of those Expedition quests is a bit special. The Felynes can only use one “technique” during battle, and that “technique” depends on their occupation. There’s 10 different occupations:

Depending on the quest, you will need to change which Villagers are in your party: after all, certain occupations are better for specific quests than others. Each occupation has its own purpose: for example, the Cook can make food (which fills the motivation gauge), the Bard can sing (which heals status ailments), the Angler and the Insect Catcher can catch fish and insects, etc..

In other words, you will need to think carefully about which Felynes to bring with you on a quest, depending on the objective (fighting monsters, collecting ressources, etc.) Therefore, it’s a good thing the game allows you to save up to 4 possible teams, so you can easily switch depending on the quests you’re about to tackle.

All quests work the same way: you go from left to right, walking toward the goal. Along the way, you have to press on the right buttons in order to perform various actions, depending on the situation. You have to keep an eye on the motivation gauge: when it’s depleted, you fail the quest.

Here’s some of the monsters you will encounter during quests: