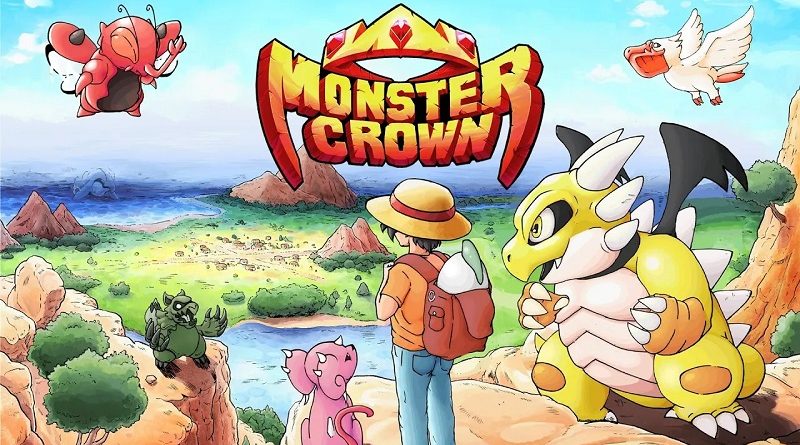 On this page, you will find all there is to know about the various Software updates for Monster Crown on Nintendo Switch (originally released on October 12th 2021 in Europe and North America, and October 21st Japan)!

Screen Resolution
Probably the first thing you’ll notice is the resolution change in game, the width and height of the camera has been increased by a little over two tiles each. While this can seem like a small change it actually makes quite a difference, especially on larger displays. You can see more of the game world and the detail level on large displays is just so much of a better fit. It also means you see more of the pixel art at the “distance” it should be.

All over the game you’ll notice the new increase in resolution has not gone to waste! But before we get into that, the main menu usability has been worked on quite significantly. When you open the main overworld menu you’ll notice it’s now a bar over on the left, and it automatically opens the party screen. You’ll be able to scroll up and down to select menu options faster, enter and leave the submenus and responsiveness has been increased here.


Shop and Inventory Screens
The Shop and Inventory screens have been revamped to show more items in a more modern looking interface. You’ll be able to see all items available in the shop in an instant and my hope is that this will bring more attention to Ultra Rare Berries, a quick super-level-up method that many aren’t aware of!

The Farm Box screen has been changed to show your party at all times, as well as showing all stat and move info of your monster as you scroll over them, reducing the need to enter a subscreen to check them out in full detail. This makes it easier to use the box and there’s even some more screen real-estate on bottom to spare. This will be used for some sorting or quick use features in the future, to make the box system even easier to use and find your favorite monsters.

From now on when you get items rather than an intrusive box displaying on screen that slows you down, an item queue will appear seamlessly to the left of the screen showing the items you recently found. It’s faster, seamless, and still easy to recognize what you just received!
Stat Buff/Debuff Feed

You’ll notice that now when a monster receives a buff of debuff it scolls across the bottom of the screen. It’s there longer, so you can read it without missing it with the old side-of-monster display, and it doesn’t interrupt your flow. In time I imagine we’ll get rid of the old display entirely.

How to download updates for Monster Crown for the Nintendo Switch?

To download the updates for Monster Crown, you have three options: