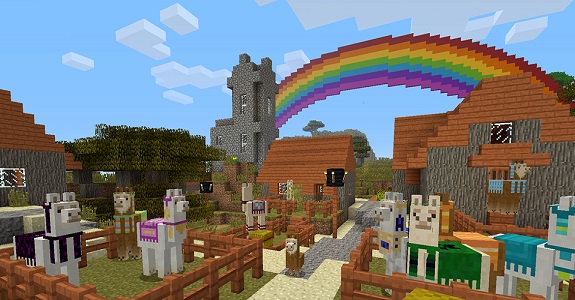 A few days ago, at E3 2017, a major update for Minecraft: Nintendo Switch Edition was announced: the Better Together Update (click here for more details). And if you thought there would be no more updates for the game until that one, you were wrong. And if you thought the consoles not getting the Better Together Update would stop getting DLC and updates… you were also wrong!

Today, it was announced that an update would be released in a few hours, following some maintenance, and that it would come with some new DLC. First, here’s the list of changes for this update (applies to all platforms):

You will find the complete patch notes for both Minecraft: Nintendo Switch Edition and Minecraft: Wii U Edition on their respective page!

As for the DLC, there’s not one, but two new DLC packs:

The latest update for Minecraft: Nintendo Switch Edition and Minecraft: Wii U Edition will be available later today!