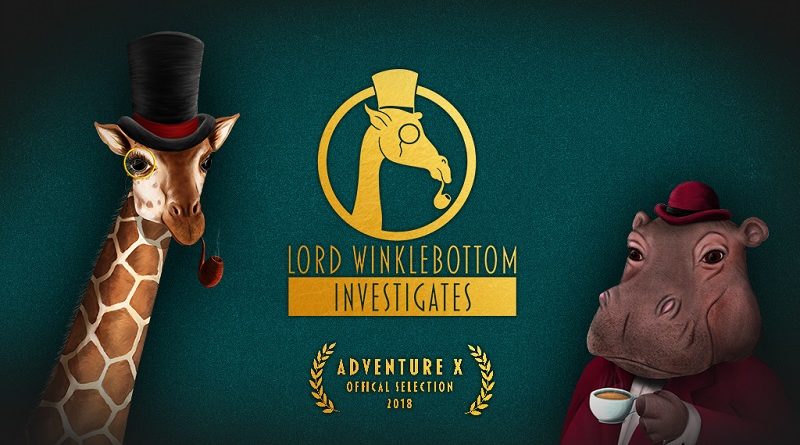 Animals appear in many video games, and very often as playable characters… when they’re one of the main characters! Lord Winklebottom Investigates is one of those, as it stars a gentleman giraffe as detective and main character. It’s a murder mystery point and click adventure game set in the 1920s, coming to the Nintendo Switch in June 2020.

It’s the 1920s and the world’s foremost detective is about to embark on his most challenging case yet. A mysterious invitation to an isolated island results in a grizzly murder and a race against time to track down the killer. Thankfully, in this world that’s not quite like our own, there’s nobody better to crack the case than the great detective and gentleman giraffe, Lord Winklebottom.

Join Lord Winklebottom and his steadfast companion Dr Frumple as they investigate the murder of their old friend. Uncover clues, interview suspects and solve puzzles to crack the case, capture the killer and uncover the horrifying dark secret at the heart of the Isle of Barghest!

As stated above, Lord Winklebottom Investigates will be released in June 2020… if the Kickstarter campaign for the game is a success! Cave Monsters need £25 000 (28 909€) for this project, and more precisely:

For more details about the game, as well as the Kickstarter campaign itself, click here!

Lord Winklebottom Investigates (Switch – eShop) should come out in June 2020.