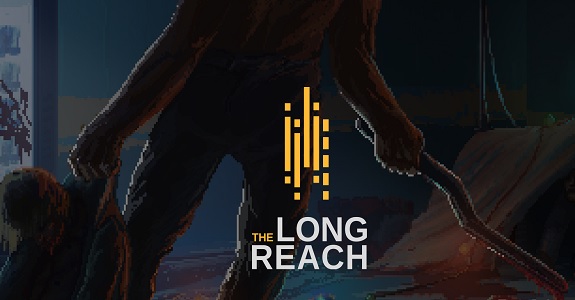 The Nintendo Switch is starting to turn into a dream console for fans of adventure games, especially those with an unique style. The Long Reach, developed by Painted Black Games, is one of them, and it’s coming to the Nintendo Switch later this year!

But what’s The Long Reach, exactly? Well, it’s an “intricate adventure” game, where you get to solve puzzles, run, and hide. It takes place in Baervox, a fictional town in America, where a scientific institue is working on a system of accelerated knowledge transferring, said to be revolutionary.

But as is often (always?) the case in video games, their experiments go (really, really) wrong, the technology goes haywire, and the whole town is turned into a nightmare… a literal one, that is.

Calm down. This is all normal. Well, it’s a new normal. There was a malfunction that we can’t fix yet, but with your help I can make symptoms bearable. We’re all in the same boat here and should help each other.

I’m Shelly, a lead scientist in General Education research facility. The job title is longer, but it’s not important. Here’s what I know so far, though.

The experience-sharing program that we were studying went haywire. Maybe it’s that black box, maybe something else. The main symptom for you is that your nightmares and dreams no longer require sleeping to manifest. These hallucinations are all in your subconscious. It turns out that given enough time with it, we go insane. But we can fix that.

In order to progress through the game, you have to talk everyone… especially people who don’t look sane. Who knows, maybe their condition is manageable, and they could end up helping you. Naturally, if they start attacking you, there’s only thing to do: run like hell! The thing is, the whole town has turned into a living nightmare, and you may look like a seven-headed cat monster to them.

Just like in most adventure games, you will come across various items. Naturally, the #1 rule of such games applies to The Long Reach: collect everything you come across, even if you don’t really know what they’re for (or what they are, period!). You never know, maybe that thing you picked up earlier could end up being the key to solving a puzle (much) later in the game.

Here’s the key features of The Long Reach:

The Long Reach (Switch – eShop) should be released before the end of the year in Europe and North America. It’s already been added to the Upcoming Games page.