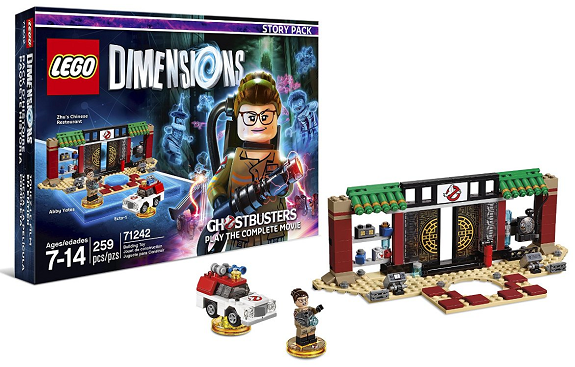 Following the leaks earlier today, Warner Bros. has officially announced the new expansion packs for LEGO Dimensions. Good news for those who thought what leaked was all that was going to be announced: there is in fact way more than that!

On September 27th onward, LEGO Dimensions packs based on the following franchises and IPs will be released:

After that, the following franchises and IPs will get their own expansion (released in waves, all the way to Summer 2017):

The best thing? All those will work with packs from Wave 1 to 9, and will not require a new Starter Pack (which means that the original LEGO Toy Pad is compatible).

But that’s not all: the expansion will offer all-new Battle Arenas, for some “competitive” split-screen multiplayer (up to 4 players, local only). The LEGO figures included in Wave 6 to 9 will come with golden Toy Tags, which unlock a Battle Arena within the Free Play Adventure World of the corresponding franchise. Each Battle Arena is unique: four different gameplay modes, specific traps, special powers, and unique “interactive environments”.

Here is the latest trailer for the game:

Our Upcoming Releases page will be updated momentarily!