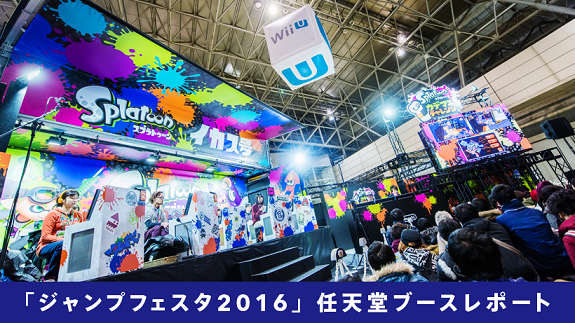 The Jump Festa took place on December 19-20 in Japan, and of course, Nintendo had its own booth there. Three things were showcases:

Today, Nintendo posted plenty of pictures on its official blog, but also the ID of the various courses from the Super Mario Maker stage shows. If you have the game, you might be interested in trying them out… but unfortunately, we do not have any screenshots or videos for them…

Here’s the pictures from the Jump Festa 2016 (after the break!):