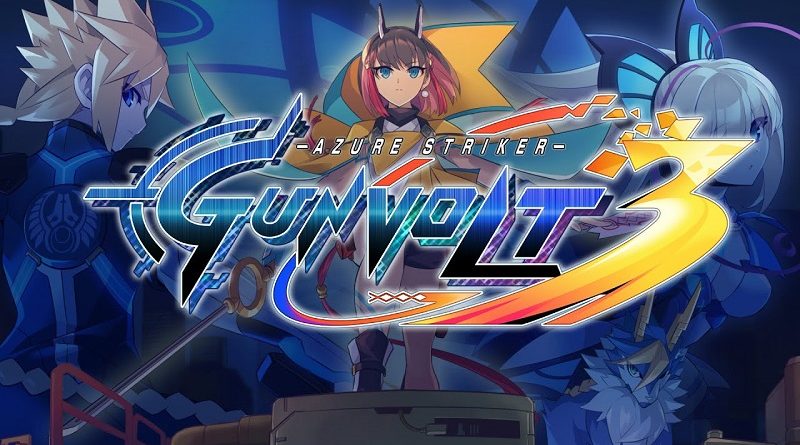 Fates are sealed as paradigms shift and a new era unfolds. What lies beyond the path toward hope? Just as they did for the previous two games in the series, action supervisor Keiji Inafune (LEVEL5 comcept CCO) will be working closely with series director Yoshihisa Tsuda of Inti Creates to craft new systems and ideas that take the action the series is known for to the next level. Stay tuned for future announcements as development progresses.

Azure Striker Gunvolt 3 (Switch – eShop) does not have a release date yet.

Bloodstained: Curse of the Moon 2

Inti Creates have announced that Bloodstained: Curse of the Moon 2 will be released on July 10th worldwide.

In this new trailer, allies from the past are revealed with the inclusion of Zangetsu’s allies from the original Bloodstained: Curse of the Moon – Miriam, Alfred, and Gebel. With the inclusion of a two player co-op mode, friends can take the battle against demonkind to new heights. Combine the abilities of different characters and create a near limitless amount of new ways to traverse stages and defeat tough bosses.

Bloodstained: Curse of the Moon 2 (Switch – eShop) comes out on July 10th worldwide.

Here’s the recording of the latest livestream from Inti Creates, showcasing Bloodstained: Curse of the Moon 2 (only available in Japanese):