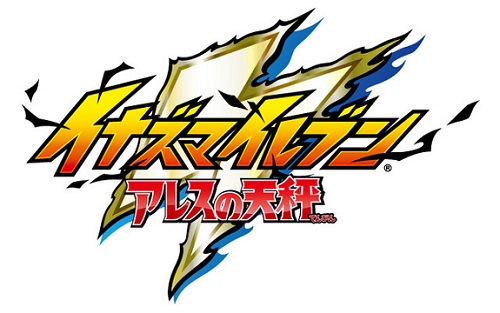 If you missed the livestream, you can now watch it in full on YouTube:

And since we know you really cannot wait for it, here’s the latest trailer / pilot film for the Inazuma Eleven Ares project:

During the first segment, they showed the finalised artwork for the two characters that won the character contest from a previous episode:

During the segment, they focused on the Inazuma Eleven Valentine 2017 event that took place over on Twitter last month. First, they showed pictures of the many chocolates fans made for their favourite characters: you can find all the pics in the video above, from 13:28!

After that, they revealed the results of the Inazuma Eleven Valentine 2017 “vote”, with the characters that received the most votes. Here’s the Top 10 most popular characters:

For the Top 3 characters, their voice actors recorded a special video message, that you can find in the following playlist:

The next segment was the usual fan survey about the series, this time with “What if Inazuma Eleven was in three dimensions”. The theme for the next episode is “Things That Always Happen in Inazuma Eleven” (thanks Ash for the help here!).

The 4th segment was one of the most interesting ones, as we finally got some news about the Inazuma Eleven Ares game. Akihiro Hino made a pretty interesting comment (thanks Gematsu for the transcript):

It’s a life simuliation game where you get to follow the daily lives of the various Inazuma Eleven characters, with various events and even some mini-games. This + version of the game will introduce a new character: Kidou Yuuto.

During the 5th segment (yes, we did the 6th one before this, for obvious reasons!), they talked about… The Snack World, which hijacked the show for a few minutes. Akihiro Hino briefly introduced this new cross-media project, and reminded viewers that the anime series debuts on April 13th on TV Tokyo (7.25PM JST). He didn’t reveal anything really new, though, so for more details, make sure to check out our previous posts!

We did get two new trailers, though, including one with English voice over (we already know that Level-5 is planning to launch te series outside Japan):

The 7th segment was the usual anime episode commentary. This time around, Yumi Kamakura (Director of the Inazuma Eleven: Outer Code anime shorts) was the guest, and the episode commented is the 25th one (Saigo no kessen! / The Last Playoff!).

After that, for the 8th segment, Ayumu Murase (Asuto Inamori’s voice actor, one of the new characters from Inazuma Eleven Ares) came on “stage”. During that segment, fans were allowed to vote for a special move Asuto Inamori’s will have in Inazuma Eleven Ares, and Ayumu Murase actually shouted out the special move names as if he were recording them.

The four special moves fans could vote for were:

It’s A that was selected, though unfortunately, we don’t really know what that special move is like just yet!

During the 9th segment, they all watched and commented some trailers for previous Inazuma Eleven games, and more precisely:

They also watched the Inazuma Eleven Ares Pilot Anime again, in preparation for the second one that was finally shown shortly after.

In case you missed it, here’s the first Pilot Anime:

You can find the second one at the beginning of this post!

Just after showing the second Pilot Anime / Trailer, they commented some of the scenes from it. They mentioned that the design of the Zeus Team uniform was actually chosen by fans during a previous episode.

Finally, they made a few announcements: