Today, during a special livestream, Akihiro Hino announced that Inazuma Eleven Ares was once again delayed, this time to after May 2019. It’s not clear when that will be exactly, just that it will be “as soon as possible”. But the real purpose of the presentation was to finally explain to fans why the game has been delayed so much since its announcement.

Initially, work on the Inazuma Eleven Ares anime series began so as to launch it in time for the Wold Cup in June/July 2018. The plan was then to have the game ready by July 2018, but they miscalculated and the game clearly wasn’t going to be ready in time.

Up until now, the various Inazuma Eleven games were all developed in-house, but this time around, they had to outsource part of the development work, and this has caused issues. Indeed, the company they hired to help them develop the game did not have the manpower to tackle a game of that scope. And yet, they hid that fact and took on the job anyway.

Unfortunately, by the time they realised that, it was too late: they knew they would not be able to get the game out in time, according to their initial plans. Akihiro Hino then tried to compensate for the lack of manpower by increasing the number of developers in-house, in order to get the project back on track. But he ultimately realised that they were going nowhere, so he gave the project to a different company and basically rebooted the whole thing.

Right now, it looks like the game could end up released after May 2019. It looks like Level-5 is contemplating adding content from the Inazuma Eleven: Orion no Kokuin anime series, probably as DLC. But in that case, could the game simply be called “Inazuma Eleven Ares”?

Also, during the presentation, some new teams were announced: 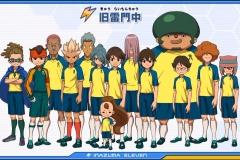 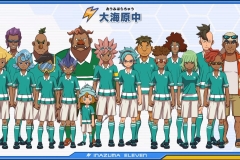 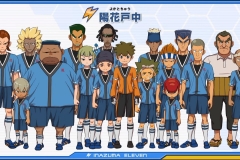 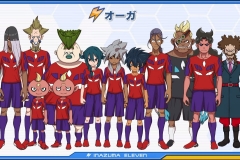 We also got a look at some of the event scenes found in the game: 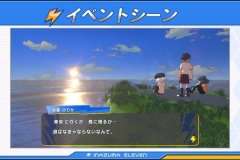 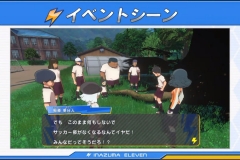 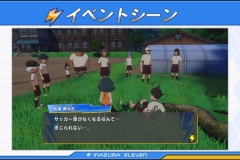 Finally, here’s the recording of the presentation:

Inazuma Eleven Ares (Switch) comes out after May 2019 in Japan.