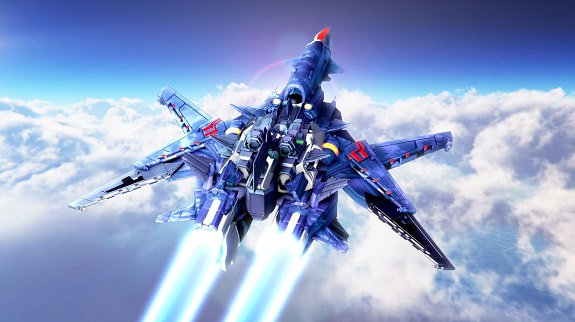 In the past few weeks, many indie games originally announced for Wii U were cancelled, generally with a Nintendo Switch version announced, confirmed, or heavily hinted at at the same time and/or shortly after. But yesterday, Hucast Games did something rather unexpected… they announced a new game for the Wii U. Not the Nintendo Switch.

The game is called Ghost Blade HD, and is described as an “intense Bullet-Hell top down shoot ’em up”, with “frenetic and addictive score-based gameplay”. According to the developers, it’s inspired by the shooting games from the 90’s era, and promises to tie “”old memories to current tones and techniques.”

As for the music, it was composed by Rafael Dyll (Söldner X-2, Rainbow Moon), and is based on the “heydays of Japanese shmups and arcade sounds.” The music is described as a fusion between “J-Pop influences and typical 90s synths”, with “modern production values”, offering an “action-packed soundtrack with catchy leads and electronic beats.”

10,000 years ago an Artificial Intelligence known as Shira was built to protect the residents of Mars.

As time passed the AI became corrupted and Shira started to attack the Mars colonies. With no way to defend itself against “Evil Shira”, Mars calls for help. The Earth Defense Force fleet fights its way to “Evil Shira” and uses powerful lasers to destroy it. However, “Evil Shira” secretly had a backup that flees into space and takes over an abandoned space station at the outskirts of the solar system.

When the EDF notices the escape they send their bravest fighter after “Evil Shira”. You are this pilot, and your mission is to destroy “Evil Shira” before it can complete its new attack force and threaten the existence of the entire universe.

Ghost Blade HD will be released later this year in Europe and North America (in March, though the final release date will be announced on February 7th), and will cost €8.99 / US$ 9.99. It will be playable only in English, with 1 or 2 players.

And here’s a trailer + some screenshots/art for Ghost Blade HD:

Ghost Blade HD (Wii U – eShop) will be released sometime in March. The Upcoming Releases page has been updated!