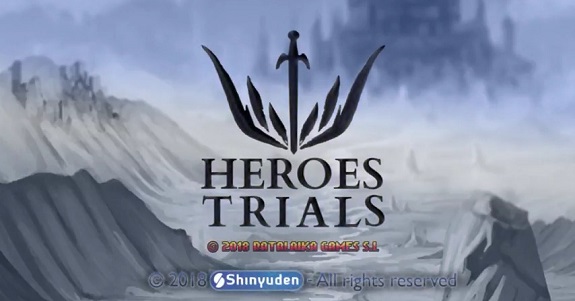 It’s described as “dynamic and fast-paced adventure game” with a unique trial system that has you take more than 10 different tests to prepare for the final challenge. If you clear them all, you can rise to the position of defender of your homeland… but you can also remain a trainee forever!

Said trials have to cleared within the time limit, but you’re also free to explore the island freely. How your adventure plays out is entirely up to you: you can either try to clear it as fast as possible, or instead try to find all the items hidden all over the island.

In this game, you get to contol two heroes, with two different types of attacks. You can actually combine their abilities in order to solve puzzles, but also defeat bosses. Interesting fact: you can play the game as a top-down shooter (from beginning to end), if you really want to!

As for the story, it’s told through a “simple narrative that helps you understand your goals”. The game also features a “helpful navigation system”, and a soundtrack composed by Benedikt Grosser.

Overall, Heroes Trials takes less than 4 hours to complete, and is completely void of repetitive quests, grinding, and other filler content.

Heroes Trials (Switch – eShop) will be released this Summer in Europe and North America. The Upcoming Games page has been updated!