Back when Tomodachi Life was announced for Europe and North America, the game was criticized for its lack of same-sex relationships. But it looks like this won’t happen with Fire Emblem Fates, which will include same-sex relationships for the main character. At one point in the game, players will be able to marry a specific character of the same sex, but only in one of the two versions, or the third one (sold separately as DLC): 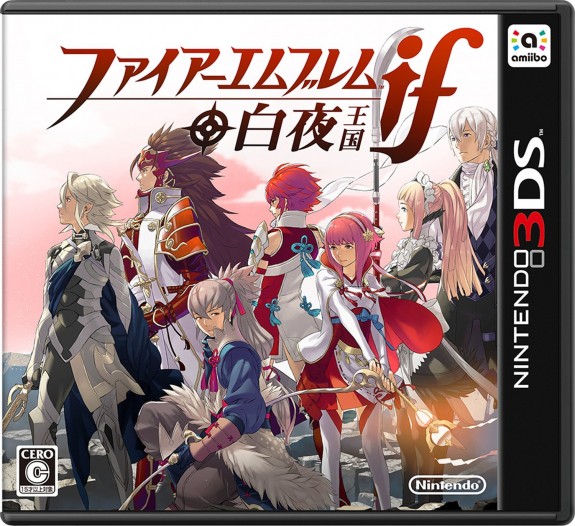 Here’s what Nintendo has to say about this:

“We believe that our gameplay experiences should reflect the diversity of the communities in which we operate and, at the same time, we will always design the game specifications of each title by considering a variety of factors, such as the game’s scenario and the nature of the game play,” Nintendo said. “In the end of course, the game should be fun to play. We feel that Fire Emblem Fates is indeed enjoyable to play and we hope fans like the game.”

Click on Read more to find the Iwata Asks interview, the release month for the third DLC in Japan, and more!

Fire Emblem Fates will be available in two versions, which both have their own scenario (and are basically a separate game): Birthright and Conquest. But there will also be a third “Route”, which will be sold separately as DLC, at a later date. We currently don’t know anything about this mysterious route yet, but we do know when it will be released in Japan: in July.

Unfortunately, it looks like we are going to have to wait a little bit before we get any more details (like the exact release date).

Today, Nintendo published a new Iwata Asks interview, and unsurprisingly, this one is about Fire Emblem Fates: Birthright and Conquest! And you don’t have to go hurry and learn Japanese to read it, as the interview is already available in English… even though the game itself won’t come out in Europe and North America until next year! You can read it here.

Here’s the various sections of this Iwata Asks interview:

– Story by Shin Kibayashi
– “A God Has Descended Upon Me!!!”
– “You Should Take This Job.
– “It’s Not a Simple Enemy/Ally Relationship.”
– “Hold On, Please.”
– For Beginners and Fire Emblemers

Fire Emblem 0 is a reboot of the Fire Emblem Trading Card Game, which will launch in Japan on the same day as Fire Emblem Fates: Birthright and Conquest. Today, Nintendo uploaded an overview video for this TCG, which explains its rules.

Fire Emblem Fates: Birthright and Conquest (3DS) comes out in just a few hours in Japan, and next year in Europe and North America.