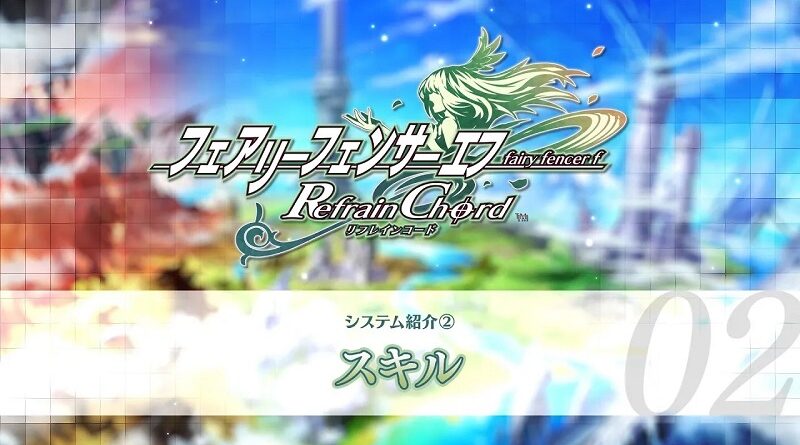 Fairy Fencer f Refrain Chord, the latest entry in the Fairy Fencer f series, is a Tactical RPG developed by Sting, and releasing on September 15th in Japan. It hasn’t been announced for Europe and North America yet, but there’s no doubt Idea Factory International will eventually release the game outside Japan at one point.

Today, Compile Heart have shared a new system introduction video for the game, this time focusing on Skills (a key element of any Tactical RPG worth its salt!):

And that’s not all: here’s two more videos for the game to check out. They are Music Videos with commentary by Youko Ishida and Kaori Oda respectively. While the commentary is only available in Japanese, the videos themselves feature quite a lot of gameplay footage!