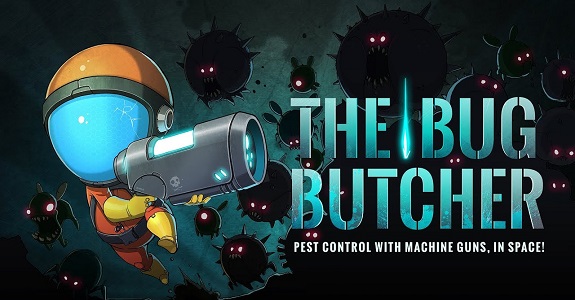 Good news for players who have been patiently waiting for The Bug Butcher on Nintendo Switch: 2Awesome Studio has announced that it will be released on November 8th in Europe and North America. Pre-orders will go live on Thursday on the Nintendo eShop, with a 10% off discount offer.

Here’s a video clip for the game:

The Bug Butcher (Switch – eShop) comes out on November 8th in Europe and North America. The Upcoming Games page has been updated!

Today, Merge Games and Laser Dog announced HoPiKo (an “immensely difficult speed-run platformer set in zero gravity where you will die a lot”) for the Nintendo Switch. It will be released on November 8th in Europe and North America, and will cost 9.99€ / £7.99 / $9.99. There will be launch offer: 20% off until November 22nd!

Here’s some details and screenshot for the game:

A virus, known as the Nanobyte has infected hardware around the globe rendering all systems useless – gaming is dead. The HoPiKo, who ran the games, have been enslaved… It’s time to hook up your power gloves and save your HoPiKo brothers!

HoPiKo is an intense speed run platformer where you get to save gaming. Jump from platform to platform avoiding death, exploiting shortcuts and ripping through 100s of hand-crafted levels, each one dropped into a five-stage mini run designed to break your mind!

Compete to be the fastest in the world with time based scores, level pars and collectable retro consoles opening unique bonus runs.

HoPiKo (Switch) comes out on November 8th in Europe and North America. The Upcoming Games page has been updated!

Here’s the launch trailer for Save me Mr Tako, now available worldwide:

Also, if you’re interested in the Original Soundtrack, you can now listen to the full album (legally) over at Bandcamp. You can even purchase it if you want to support the composer, Marc-Antoine Archier!

Yesterday, Ratalaika Games announced that Shadow of Loot Box will be released on November 6th on Nintendo Switch. As announced previously, it will cost 7.99€ / $7.99.

Shadow of Loot Box (Switch – eShop) comes out on November 6th worldwide. The Upcoming Games page has been updated!

Here’s the latest video clips for The Unlikely Legend of Rusty Pup: