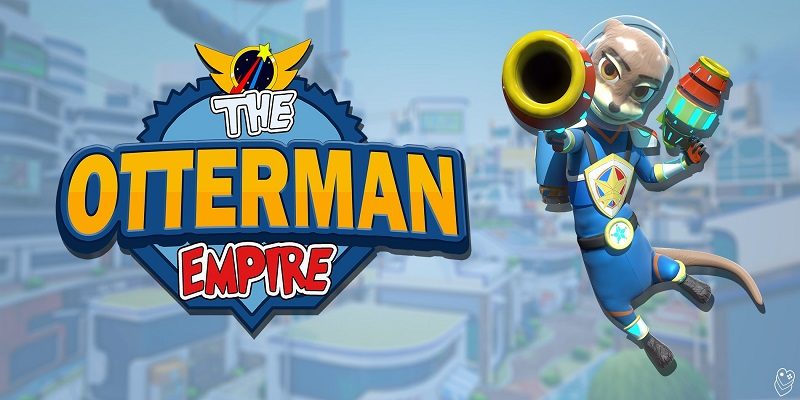 Tri-Heart Interactive have announced a game for the Nintendo Switch: The Otterman Empire, a local multiplayer game releasing in early 2020 in Europe and North America.

Choose your otter, customize your jetpack, add a weapon of spectacular power and leap into an otterly epic local multiplayer blast-fest with rapidly switching objectives and aerial antics, set across a sprawling universe where otters reign supreme.

The Otterman Empire features intense split-screen multiplayer action, blurring the lines between shooters and party games. Players are propelled by jetpacks, adding a captivating new twist to shoot ‘em up versus gameplay whilst intensifying the frenzied fun tenfold. Each two minute round demands a new objective with its own unique rules and gameplay dynamics. Randomly generated objectives and supply drops keep players on their toes and guarantees that no two games of The Otterman Empire are ever the same.

Compelling single player and co-op progressive campaigns also invite players to work together or to fly solo in the face of evil, as all that stands between deranged scientist, Tiko, and his destruction of the empire. Featuring a huge variety of challenges across an entire galaxy, intense and immersive campaign modes put the fate of the world in the players’ paws!

The Otterman Empire (Switch – eShop) comes out in early 2020 in Europe and North America. The Upcoming Games page has been updated!

Shin’en Multimedia have announced that The Touryst will only require 204MB of free space on your Nintendo Switch. Now that’s one game that should not lead to the purchase of a new microSD Card for your console!

The Touryst (Switch – eShop) comes out on November 21st in Europe and North America.

NetEase have announced that Knives Out has already been downloaded over 300 000 times (in 2 days), which is a promising result. Of course, we don’t know how much revenue the game generated, and we’re unlikely to ever find out as publishers rarely share data about that…