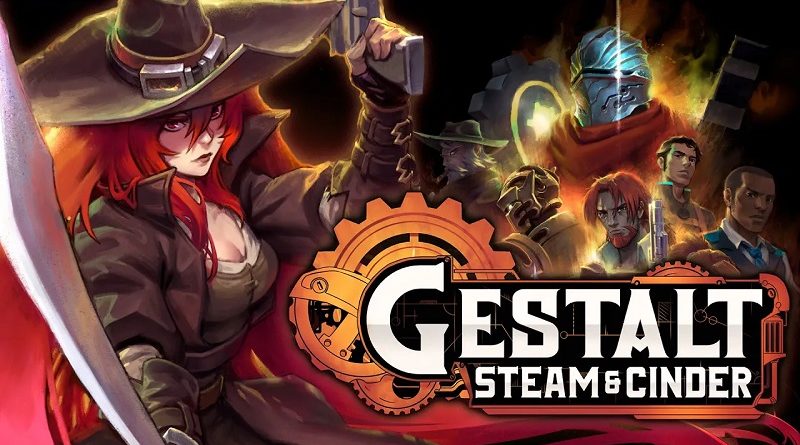 Here’s the latest video for Haven, with a short trailer and some gameplay footage:

Here’s the debut trailer for Gestalt: Steam & Cinder, along with some fresh details:

Step into the boots of seasoned mercenary Aletheia and join a vibrant cast of characters as they find themselves embroiled in a conspiracy that threatens the very foundations of the steam-powered city of Canaan. Brawl in the streets with members of a nefarious syndicate, smash through a mechanized army of Clockwork soldiers, and battle the elite Vanguard who serve the city’s corrupt nobility, the Comitium. Fight for mankind’s survival and discover the dark truth at the heart of the Steam City’s founding.

The journey begins when a farmer and her son are attacked by bandits who raze their farm to the ground. The mother decides to leave “El Hijo” at a secluded monastery in order to protect him. However, “El Hijo” decides that the monastic life is not for him and decides to escape. El Hijo – A Wild West Tale is a non-violent stealth game. Violence is instead exchanged with the mischievous, playfulness of a young child. Shadowplay is in the core of the game and “El Hijo” will often have to hide. Without needlessly adding new mechanics, the gameplay is extended naturally, as variations of existing mechanics are gradually introduced and then combined with each other to increase the challenge. These twists on familiar mechanics are often a product of the varied, increasingly dangerous environments that he must traverse to reach his ultimate goal: finding his mother.

Ever since our Best Indie Game win at the gamescom 2019, Honig Studios and HandyGames have been busy polishing, adding, upgrading, and redesigning core elements of the game. We’ve also updated our logo and added a new subtitle! El Hijo – A Wild West Tale will now feature 30 unique levels, several toys to distract and outsmart opponents, and a multitude of playfully tricky environmental puzzles. And who knows? You may even learn from whom you’ve inherited your sense of adventure…

El Hijo – A Wild West Tale will remain a non-violent stealth title, while focusing on exploration and strategy. Delve into a world full of monks, bandits and other desperadoes and make your way through deserts, monasteries, and boomtowns. There’s no telling what will happen in this wild west tale!

El Hijo – A Wild West Tale (Switch – eShop) does not have a release date yet.

Here’s the latest trailer for Windjammers 2: