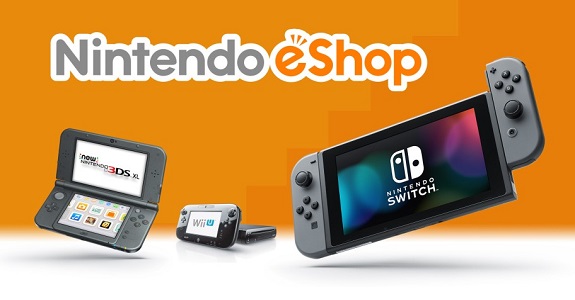 Picross S2 comes out this very week on Nintendo Switch, but there’s already another Picross game on the horizon! Jupiter has announced Picross e9, releasing on August 9th in Japan (price: 500 Yen). According to them, it’s the “culmination” of 7 years of Picross e, implying that this is the final entry on Nintendo 3DS.

It features no less than 300 puzzles for you to solve:

As usual, if you have save data file from Picross e, Picross e2, and/or Picross e3, you can get some bonus Mega Picross puzzles. Finally, there’s also some Micross puzzles to tackle.

Picross e9 (3DS – eShop) comes out on August 9th in Japan. No release date for Europe and North America yet, but it’s just a matter of time until we get one! The Upcoming Games page has been updated.

Today, MidBoss games announced that 2064: Read Only Memories Integral will be released on August 14th in North America (and presumably Europe too). In fact, it’s already available fpor pre-purchase with a 10% off discount (regular price:; $20.64).

Here’s a trailer and additional details about the game:

Take to the streets with the “Punks” side story, remastered, fully voiced and seamlessly integrated exclusively into 2064: Read Only Memories Integral on Nintendo Switch. Other content in this definitive edition of Read Only Memories includes video clips from the cutting room floor, a jukebox with never-before-heard tracks, as well as all of the voice acting, other polish and content added to the game since its initial launch.

Follow Turing, who claims to be the world’s first fully sapient ROM (Relationship and Organizational Manager) on a mysterious investigation after the disappearance of their creator. Turing is as witty as they are cute and depending on player choices can become a close companion while helping solve point-and-click puzzles and problem-solving minigames.

The city of Neo San-Francisco transposes modern day social issues into a hopeful cyberpunk future by asking questions about identity, individuality and what it is to be human. With a diverse cast of characters, each fully voiced by talents including industry legends Melissa Hutchison (The Walking Dead), Adam Harrington (Middle Earth: Shadow of War, The Wolf Among Us) and more, 2064: Read Only Memories Integral puts the focus on meaningful interactions and choices while exploring topics such as advanced AI, cybernetic enhancements and genetic experimentation.

2064: Read Only Memories Integral (Switch – eShop) comes out on August 14th in North America (and Europe). The Upcoming Games page has been updated!

Today, Toge Productions announced that Rolling Glory Jam’s Rage in Peace will be released later this year on Nintendo Switch. Here’s a trailer and some details about it:

Rage in Peace follows the exploits of Timmy Malinu, an emotionally numb 27 years old actuary whose greatest desire is to die in the most peaceful way possible: asleep in his pajamas, in the warmth of home, with no drama. When the Grim Reaper shows up to inform Timmy that he will die that night of decapitation, our hero’s only concern is that he goes out with a whimper. Unfortunately, the universe isn’t so kind to Timmy, as it insists on spoiling his perfect death with all manner of ignoble hazards. Help Timmy get home safely, so he can finally live the death of his dreams!

Loosely inspired by Paulo Coelho de Souza stories, Rage in Peace wants to give meaning to death in a “rage game” where you’re meeting your maker every few seconds. Despite its preoccupation with shedding one’s mortal coil, Rage in Peace is an upbeat, comical game with warm humor and bright colors brought to life by more than 10 independent Indonesian bands, as both Toge and Rolling Glory Jam are adamant on showing the world what its local culture is capable of.

Rage in Peace (Switch – eShop) comes out later this year in Europe and North America. The Upcoming Games page has been updated!

This Is The Police 2

Here’s the latest trailer for This Is The Police 2:

This Is The Police 2 (Switch – eShop) comes out later this year in Europe and North America.

Yesterday, Devolver Digital confirmed that Minit will be released on August 9th in Europe and North America!

When a big robot ruins your forest walk…#PLANETALPHA #UE4 pic.twitter.com/d0nJ5Ct2RG

Planet Alpha (Switch) comes out later this year in Europe and North America.

Celebrate #InternationalFriendshipDay with that someone who’s always got your back. For Ada, there is no reasonable explanation as to why she feels connected to the mystical elk.

Experience the bond and live the journey in @DecayofLogos, coming soon to all major consoles. pic.twitter.com/sstx0DR91n

WANDERSONG, the musical adventure game where you use singing to save the world, is coming soon and we're so excited to share it with you!!! Wishlist us on steam to get notified when it's out! :) https://t.co/JL34Tdp8eC pic.twitter.com/dpVUCobSaR