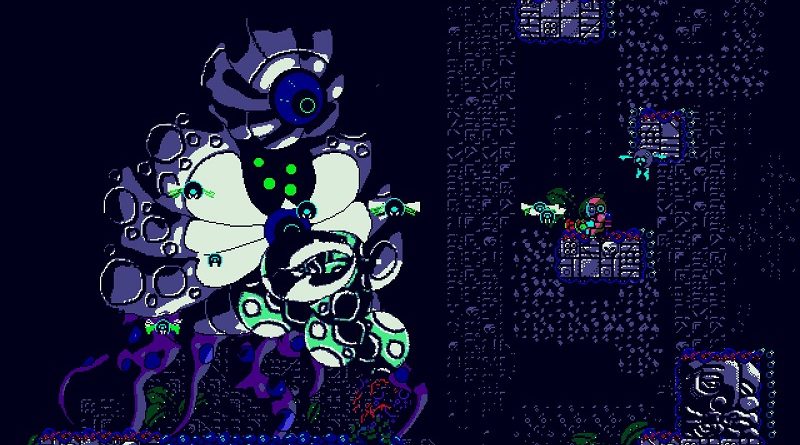 The Game Bakers have shared a trailer and some details for Haven, their latest game:

In Haven, you share the journey of two lovers escaped to a lost planet. You play as Yu and Kay, gliding over the grasslands of a shattered world, unraveling its mysteries looking for a way to stay together. Haven is a story-rich adventure, with touching characters with whom you fall in love as you follow them through their challenges and everyday life. But it’s also a (J)RPG with an innovative combat system that lets you play the two characters at the same time, chaining actions using tactics and timing.

The light science fiction world of Haven is coming to life thanks to the dreamy art direction and an original electro soundtrack by Danger, with a range of tracks that will carry players from the energy of a sunny morning to the tension of a fight in the mountains at night. Haven is a solo game at its core, but at any time, a second player can jump in locally. Players can then share a moment of exploration and progression together.

For more details, make sure to check this post on the official blog!

Haven (Switch – eShop) will be released in 2020 in Europe and North Ameroca.

Headup Games have announced their latest game for the Nintendo Switch: Outbuddies, described as a “classic Metroidvania” with co-op elements. It will be released on Nintendo Switch in 2020.

Players will experience real non-linear Metroidvania gameplay and uncover five distinct areas, all with remarkable puzzles, environmental hazards, epic boss encounters and captured Wozan to uncage. The helpful Buddy unit will procedurally map the area and function as a handy quality of life tool that can be controlled at will to manipulate your surroundings using various abilities like hacking, scanning, and telekinesis.

Outbuddies features a highly skill- and mechanics-based progression system, both in terms of combat and platforming abilities. Each of the game’s four upgradable weapon systems is also an essential survival tool, that has to be chosen wisely in order to stand a chance against Bahlam’s various traps and unforgiving foes. Bosses were designed to live up to genre highlights such as Dead Cells, Dark Souls and Hollow Knight and will require split-second reflexes and profound memorization of attack patterns to stand a chance.

The local co-op option invites a second player to explore and experience Outbuddies together by taking control over the invincible “Buddy” unit. Support each other on your journey home, solve puzzles and overcome Bahlam’s hostile maze. This will also provide an opportunity for team-speedrunning as a very unique take on the scene.

Enter Bahlam, a sunken city of the Old Gods, located deep in the South Atlantic Ocean. Following a shipwreck, adventurer and maritime archaeologist Nikolay Bernstein regains consciousness 36.000 feet under the sea. He’s severely wounded and unwillingly connected to a supernatural Buddy-unit. Searching for answers about his displacement our main protagonist digs deep into the lost Undercity, gradually realizing an ominous presence hollowing in its shadowed caverns.

On your journey home you will share your fate with a friendly tribe of mining creatures, the Wozan, who fear the Old Gods and strive to get back to the surface since their ancestors had been enslaved 5000 years ago. Some of them were able to flee and founded secret colonies deep inside the sunken ruins, others are still exploited by the hostile creatures that have overtaken the city since the Old Gods suddenly disappeared. 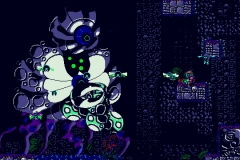 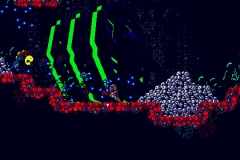 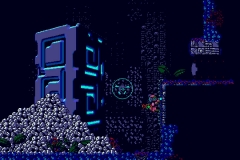 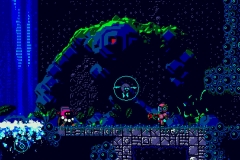 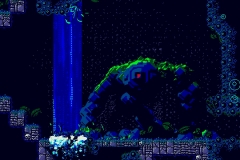 Outbuddies (Switch – eShop) comes out in 2020 in Europe and North America. The Upcoming Games page has been updated!