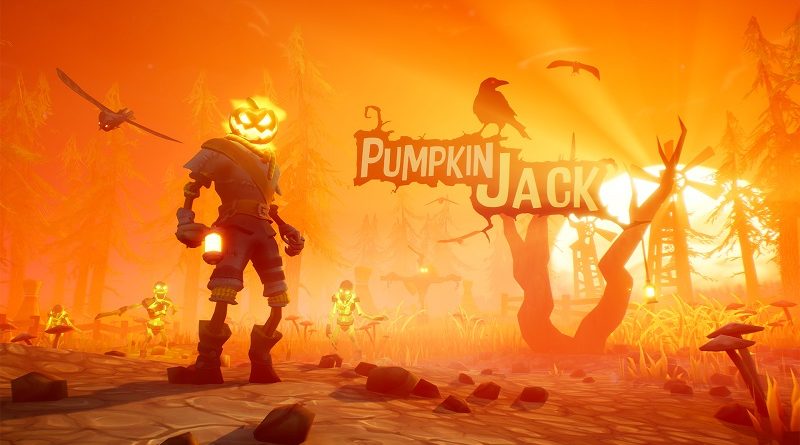 Here’s some more details for Pumpkin Jack, along with the list of key features, and a few screenshots:

Fans of games like MediEvil and Jak & Daxter will enjoy engaging in an epic battle of evil against good as you jump, dodge, and carve your way through challenging enemies and daunting puzzles. The use of Unreal Engine grants for gorgeously rendered and gruesomely colourful landscapes.

The peaceful Boredom Kingdom, with its happy citizens, monotonous calm… and adorable little bunnies, has sent the Devil himself into a flying rage! With dreams of turmoil, torture, and bloodshed on his mind, he unleashed the dreadful Curse of the Eternal Night upon the land. Not in love with the idea of a change in their peaceful lifestyle, the humans summon their saviour — a mighty wizard with the power to put an end to the evil curse.

In order to stop these party crashers from ruining his fun, the Devil summons the spirit of Jack, the Pumpkin Lord, to fight against the wizard’s army of beasts and destroy the killjoy wizard! You, as Jack, will be tearing your way through fright-filled levels as you punish those who dared defy your master! 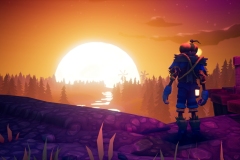 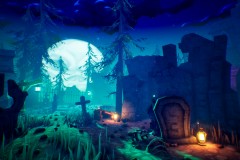 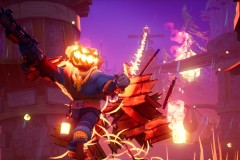 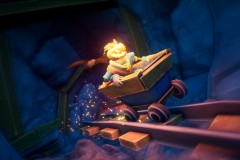 Pumpkin Jack (Switch – eShop) comes out this Fall in Europe and North America.

Cyber Hook is a fast-paced, 3D platformer that has you using parkour skills and a grappling hook to scale and ride walls, while fighting enemies and blasting blocks with a finger laser gun. Hurtle forward in a vibrant retrowave environment to test parkour abilities, but be careful, because one missed jump can mean life or death. The game also features 70+ levels, leaderboards and the ability to warp time in order to plan jumps and grapples.

The new trailer showcases the game’s high-flying action with dynamic, moving platforms, different abilities you have at your finger tips (literally), and more. Also get a first look at the enemies that can be waiting right around the corner in this beautiful retrowave world.

Cyber Hook (Switch – eShop) does not have a release date yet.

One Step From Eden

Humble Bundle have announced their latest game for the Nintendo Switch: One Step From Eden, a deck-building roguelike developed by Thomas Moon Kang. It will be released on March 26th in Europe and North America.

One Step From Eden combines strategic deckbuilding and realtime action with roguelike elements. Cast powerful spells on the fly, battle evolving enemies, collect game-changing artifacts, make friends or make enemies. Make it one step from Eden, the last shining beacon of hope in a bleak post-war world. Fight alone (or with a friend in co-op) and lead your character down a path of mercy or destruction.

One Step From Eden (Switch – eShop) comes out on March 26th in Europe and North America. The Upcoming Games page has been updated!