Here’s the latest trailer and some details about the game:

In Blasphemous’ twisted, pixel hellscape of Cvstodia, players take on the mantle of The Penitent One – the sole survivor of the ‘Silent Sorrow’ massacre – who’s tasked by a mysterious figure to overcome the malevolent and cursed force known as The Miracle. During their deadly endeavour for redemption, The Penitent One will find solace in the mighty ‘Mea Culpa’, a powerful and mystical sword, which can be upgraded to unlock brutal new attacks against the many bloodthirsty and demonic forces strewn throughout the land. As The Penitent One journeys through the nightmarish world of Cvstodia, players will discover prayers and relics that unlock powerful new special attacks, buffs, and abilities that may give the edge needed to survive.

Blasphemous (Switch – eShop) comes out on September 10th in Europe and North America. The Upcoming Games page has been updated!

All in! Games have announced another game for the Nintendo Switch: Ghostrunner, a hardcore cyberpunk adventure developed by One More Level. It will be released in 2020 in Europe and North America.

A cataclysm has wiped out most of humanity and destroyed the environment. Now, when resources are scarce, the survivors live in a tower built by long-forgotten hands. But the structure is torn by violence, poverty, and chaos. A person’s worth depends on the category of implants they have, defining their whole lives. It’s no surprise that a rebellion starts. You are a cyber-warrior, a living weapon, the only one capable of fighting both in the physical world and in cyberspace. Lost and hunted, thrown into the middle of the conflict, you must use this bond with technology to ascend the tower. 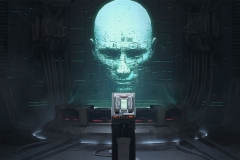 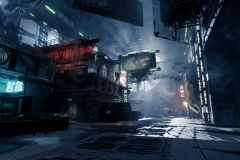 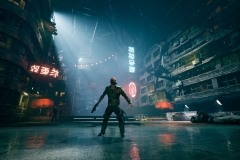 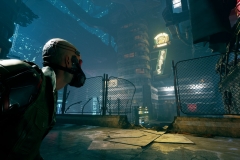 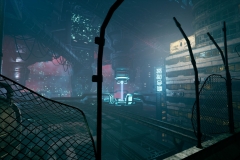 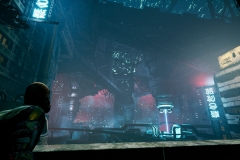 Ghostrunner (Switch – eShop) comes out in 2020 in Europe and North America. The Upcoming Games page has been updated!

Here’s the latest trailer and set of details for Sparklite:

Across Sparklite’s five diverse procedurally generated biomes, an abundance of mystery and challenges lie in wait and it’s dangerous to explore unprepared. With Sparkmaster Rizzle’s trusty Workshop of Wonders open in town, our hero Ada is always only a stone’s throw away from upgrading her arsenal for the enemies and puzzles that lie ahead.

From either harnessing the power of the Boom Balloon which allows Ada to quickly dispatch enemies with remote control precision, to the quick firing bursts of energy from the Spark Slinger, there’s always a weapon on hand to deal with any given situation. With Sparklite upping the ante with several challenging boss battles such as the Lumbering Titan, Timbert and his treacherous gremlins, Ada’s Rocket Boots provide her with short, concentrated bursts of speed to both avoid foes and jump over large gaps to catch that hard to reach chest of loot! Or take it up another level with the powerful Spark Blitzer which harnesses Sparklite to discharge an intense spike of energy with devastating precision!

As well Ada’s array of high-powered weaponry, she also has a wealth of gadgets at her disposal. From her companion, Wingnut’s enhancing Flare Bang, to Ada’s own handy Multi-Tool Wrench, Sparklite has enough tools in its box for any budding explorer come release day! These are but a handful of the weapons and tools Ada will utilize when taking on the perilous foes Professor Corwin touched on in detail in last month’s Bestiary of Brutal Baddies.

Next, here’s the first Dev Chat video for the game:

Finally, here’s some more details and the list of key features:

Sparklite is an action-adventure set in a whimsical and ever-changing land. Battle foes in top-down action using an arsenal of gadgets, guns, and gear. Explore dangerous corners of the procedurally generated world, take down titans of the mining industry, and harness the power of Sparklite!