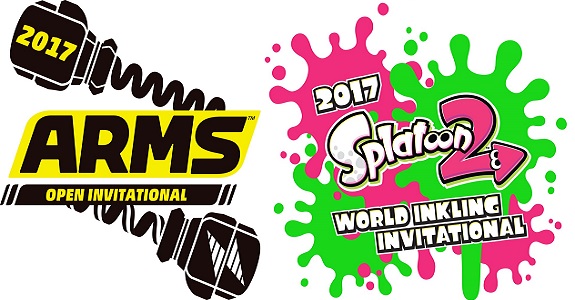 A few weeks ago, Nintendo announced that tournaments for ARMS and Splatoon 2 would be held at E3 2017:

And today, Nintendo sent a press release to share more details about both tournaments, which will be streamed live on YouTube and Twitch straight from the Nintendo showfloor at E3 2017 (with Jordan Kent, Ashley Esqueda, and Eric Smith commenting for Splatoon 2, and D1 and VikkiKitty commenting for ARMS).

The 2017 Splatoon 2 World Inkling Invitational will take place on June 13th, from:

Four team from four different regions (who won tournaments held in their own region) will compete:

Here’s how the tournament will be held:

The winner will receive a Splatoon 2 trophy, with their names engraved on it.

Splatoon 2 (Switch) will be released on July 21st worldwide.

The 2017 ARMS Open Invitational will take place on June 14th from:

This tournament will put four competitive gamers from the fighting game community against E3 attendees who qualify during the event (qualification rounds to be held between 10AM and 1PM on June 14th).

The following pro players are competing:

ARMS (Switch) will be released on June 16th worldwide.