The Starter Pack will cost $65 in North America, and include:

– the Star Wars Twlight of the Republic Play Set
– the Disney Infinity 3.0 Base
– Ahsoka Tano and Anakin Skywalker figures

The following playsets and figures will be available at launch: 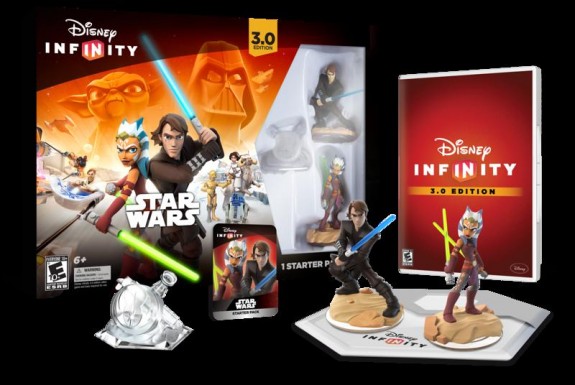 Disney Infinity 3.0 (Wii U) comes out on August 28th in Europe, and August 30th in North America.