Today, Nippon Ichi Software shared some details and pictures for Destiny Connect, its new JRPG for the Nintendo Switch. This time, the focus is on the story and on some of the characters.

The story begins on January 1st in a town known as Clocknie, where time suddenly stops. Fortunately, Sherry and Pegreo (the two protagonists) manage to find a way to escape, and travel to the past thanks to the help of Isaac: a robot that can time travel. Their goal: to save Clocknie!

Sherry and Pegreo end up in Clocknie 30 years in the past. At that time, an eerie rumour is circulating about the Save the Queen department store, where ghosts are said to appear. In order to investigate and learn more about the secrets of that place, Sherry and co. have to team up with a group of kids from the past, and enter the department store after closing time.

The kids from the past are:

Hoy, who are you? Can’t say I’ve seen your faces around here.

A young boy the protagonists meet in the past. Somewhat rude, but with a strong sense of justice. He’s investigating the secrets of the Save the Queen department store in order to save the city.

Hey, Tolls! You shouldn’t talk to a girl like that, you know!

Tolls’ best friend, who follows him around everywhere (and end up caught up in his shenanigans). He loves to eat.

I recommend this cherry pie! Please enjoy your meal.

A gentle girl from the past, who’s best friend with Tolls and Dampty. She works at Café Blossom.

As for Isaac, the robot that allows the protagonists to travel to the past, it plays a central role during battles. Using various collectibles, you can remodel it and improve its abilities.

By collecting items dropped by enemies, you can craft Gears, that can be used to improve Isaac’s abilities. You put those in the usual slots found in many (J)RPG. There’s several tiers of Gears: Bronze, Silver, and Gold, and naturally, the higher the quality, the bigger the impact on Isaac’s abilities. As you level up, more Gear slots (and more powerful ones) are unlocked.

Once you have progressed far enough in the story, Isaac will be to use a mechanic known as “Form Change”. As the name implies, it allows you to switch its form during battle. There’s a total of 6 forms in the game, and they all have their own Status and set of skills. Of course, you can upgrade the abilities of each form using Gears, but since you only have a limited amount of those, you may have to focus on a specific form (though that’s entirely up to you).

By the way, changing form during battle does not use up your turn, so you can switch as many times as you want to adapt your strategy to the enemies you’re facing.

Finally, here’s the latest set of pictures (screenshots, character art) for the game: 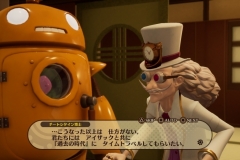 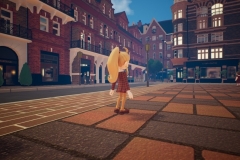 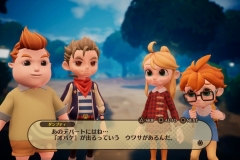 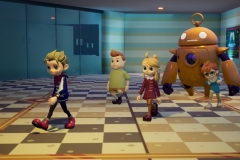 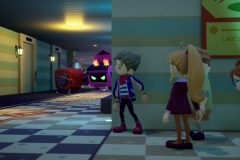 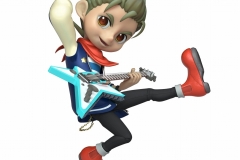 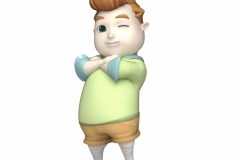 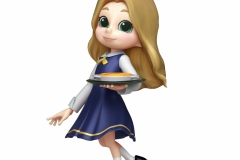 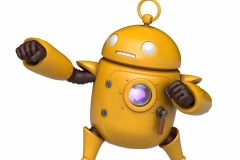 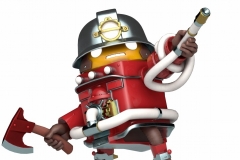 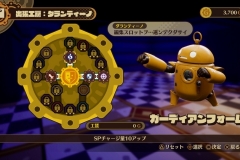 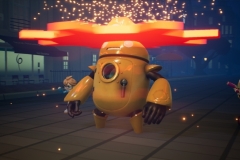 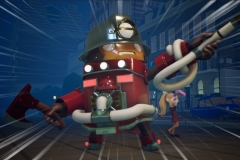 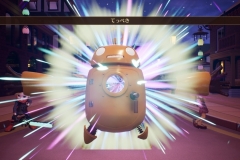 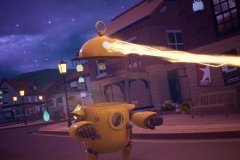 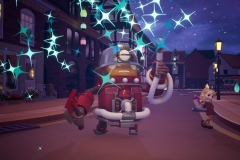 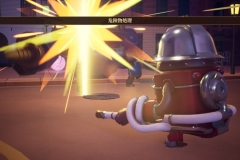 Destiny Connect (Switch) comes out on March 14th in Japan.